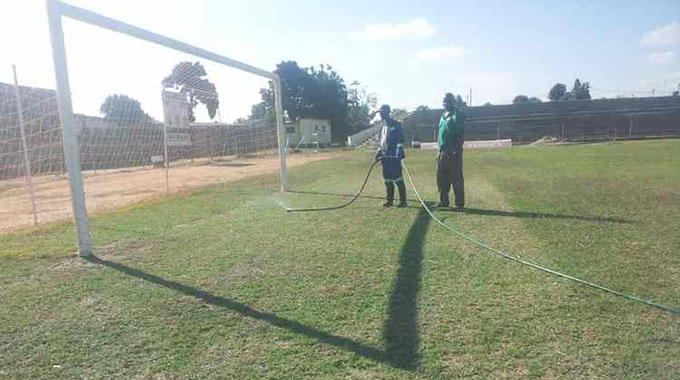 The Premier Soccer League has finally given the green light to Manica Diamonds FC to host matches at Rusape’s Vengere Stadium.

The Gem Boys will host Ngezi Platinum Stars at the Stadium this Sunday with the match starting at 3 pm.

In fact, it is great news for the province and the team itself. They (fans in Manicaland) now have a chance to watch their team at Vengere Stadium in Rusape. They last saw the team playing when we were in Division One.

I would want to thank our principal sponsor ZCDC who stood by the team in difficult times. It is definitely going to go a long way in helping the team going forward. Now that we are back at home we hope we will be able to raise more fans with our fans coming in their numbers to support the team.

We expect very positive results. When you play at home players have enough time to rest and also our players will now also enjoy the advantage of playing in a familiar territory all their home matches from now on.

Chihowa went on to thank Rusape Town Council for its support as well as the Minister of State for Manicaland Affairs Ellen Gwaradzimba.