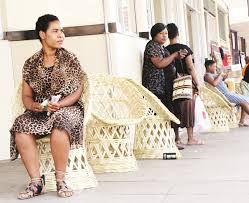 A police officer on Wednesday had to run for his life after a mob, made up of money changers and onlookers accosted him at Bulawayo’s “World Bank”.

The officer was in the vicinity of Tredgold Building, popularly known as the World Bank as it is a base for illegal foreign currency dealers.

The fracas erupted when a money changer identified as Portia was overrun by a black Nexus along Fourth Street as she was running away from the cop.

The police officer was in hot pursuit of “the mother of two” when the accident occurred.

Portia’s arm was reportedly broken and she was rushed to hospital by an ambulance.

One of the money changers who spoke to the Chronicle had this to say:

These police officers are cruel! That woman is a mother of two and she is trying to fend for her family under these economic difficulties.

The officer reportedly ran towards Bulawayo Central Police Station and it could not be ascertained what became of him.

Police officers are engaged in an operation to smoke out “financial terrorists” from Tredgold Building, as they were recently characterised by a powerful politician.