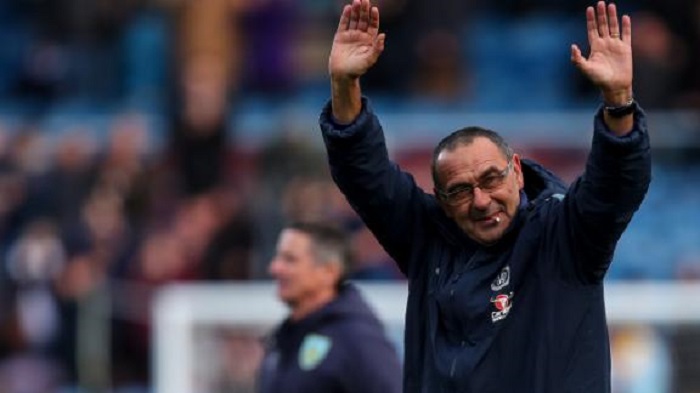 Chelsea Football Club is reportedly looking for a new coach following an agreement reached with Serie A giants, Juventus over Maurizio Sarri. The blues coach and former Napoli boss is now set to depart from Stamford Bridge.

The Italian managed to finish in the top four in England. He also won the Europa League. He was however unpopular with many Blues supporters because of his style of play.

Meanwhile, Chelsea legend and Derby manager, Frank Lampard is the favourite to succeed Sarri at Stamford Bridge. Lampard is seen as a figure who would bring stability to the club and would immediately have the backing of fans.

Lampard will be arriving at a club that has a transfer embargo. However, some believe Chelsea has got young talent up for the task if given an opportunity.