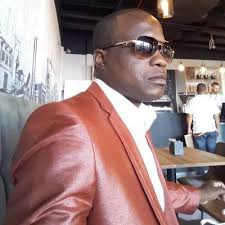 A ZANU-PF member and socialite, Never Maswerasei has claimed that contrary to claims that the President Emmerson Mnangagwa administration is fighting tooth and nail to eradicate corruption, no fight is happening as corruption is actually on the rise. He also claimed that the adverse impact of corruption outweighs the effects of Sanctions. Posting on Twitter, Maswerasei said:

Dear Zimbabwe One more truth. Sanctions are a problem yes but corruption has OVERTAKEN them in damaging the Zim economy. Forget the deception – hakuna corruption fight iriko – corruption is not reducing but ACTUALLY INCREASING. I am taking no debate on this. Thank you.

When president Mnangagwa came to power in 2017, he promised among other things, to tackle corruption head-on. His government’ efforts to fight corruption have however been described as mere attacks on political opponents particularly those linked to the G40 faction which was reportedly led by former first lady, Grace Mugabe.

President Mnangagwa recently admitted that there is deep-rooted corruption in the country which he said was scaring investors away. Recent reports suggest that there are ZANU-PF bigwigs at the party headquarters who are demanding huge bribes from investors so as to quicken the process.

Never Maswerasei’s remarks come at a time when ZANU-PF national political commissar, Victor Matemadanda has said that corrupt government and ZANU-PF members must just resign on their own.