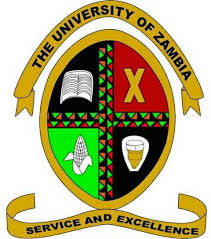 President Emmerson Dambudzo Mnangagwa is set to receive an Honorary Doctorate in Good Governance from the University of Zambia.

A Lusaka Times report cites an official from the University who claimed that both Mnangagwa and his Zambian counterpart Edgar Lungu will be conferred with the honour at the next UNZA graduation ceremony. Said the official:

Yes, the ceremony is on and invitations have been sent to Zimbabwe and both Presidents have accepted to be honoured, so we are just preparing to host President Mnangagwa here.

However, an official from the University, the Public Relations Manager Damaseke Chibale who refused to comment when contacted by Lusaka Times.

Reports indicate that both President Lungu and Mnangagwa graduated from UNZA with LLB, short for Bachelor of Laws degree, (Literally, Legum Baccalaureus).

Meanwhile, a source who spoke to New Diggers shed further light on the honorary doctorates;

The initial plan was to simply confer an honorary doctorate degree on President Lungu alone, but some expressed concern that the public and even the members of the university may question the move, so it was decided that the best thing would be to find a cover-up.

After much deliberation, it was agreed that another honorary doctorate degree is given to Zimbabwe’s President Emmerson Mnangagwa so that he can be used as a decoy to legitimise the award.

As you probably know the Zimbabwean President, like President Lungu, has an LLB degree from UNZA.