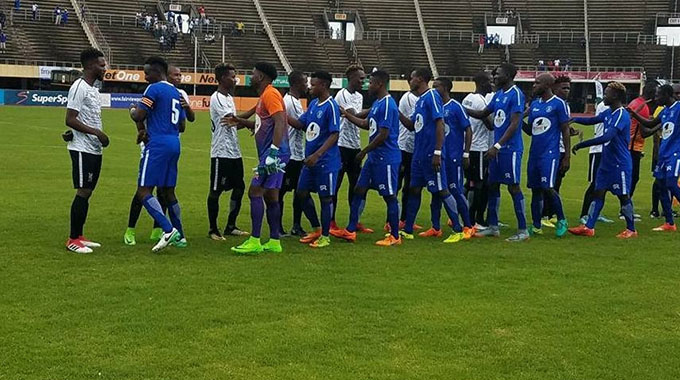 The latest Battle of Zimbabwe will be played at Barbourfields Stadium in Bulawayo this Sunday.

Ailing football giants, Dynamos FC and Highlanders FC will have no more than pride to play for as an assault on the Castle Lager Premier Soccer League title seems to be beyond reach for both teams.

While Dynamos is just four points above the relegation zone, Highlanders have 11 points from 11 games, with log leaders Chicken Inn on 22 points.

Speaking to the club’s website, Highlanders coach Madinda Ndlovu had this to say:

We will go on with our game plan. It’s a different ball game altogether – ‘El Clasico’ is not like this game we played (Saturday against Yadah).

Every player will probably lift (their game) and the fact that we are playing at home will probably motivate the players to want to play this game.

So I think it’s one of the easiest games to prepare for because every player is geared for such kind of a game.

Meanwhile, Highlanders were beaten by a goal to nil by Yadah Stars in their last league match.