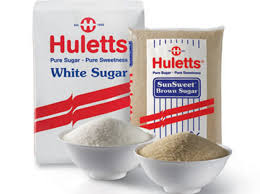 The government says that it is fully aware that there are business entities engaged in acts of economic sabotage through unwarranted price hikes.

The Minister of Information, Monica Mutsvangwa singled out sugar-manufacturing giant, Tongaat Hullet among the economic saboteurs.

Mutsvangwa claimed that prices hikes are being effected to “prove” that the ZANU PF administration is failing to run the country. She said:

We are fully aware of acts of economic sabotage that are going on which however do not come as a surprise because some elements in the political arena openly declared that they would spoil the broth.

We are wondering what is really happening in the country that justifies a 100 per cent increase in prices of basics within a week. It is clear sabotage.

What is Tongaat Hulett importing in its production of sugar that justifies the current prices? What currency are they using in paying their workers that warrants these increases?

Price hikes have become the order of the day as businesses peg the same on the rate of the RTGS dollar vis a vis the US dollar on the black market.