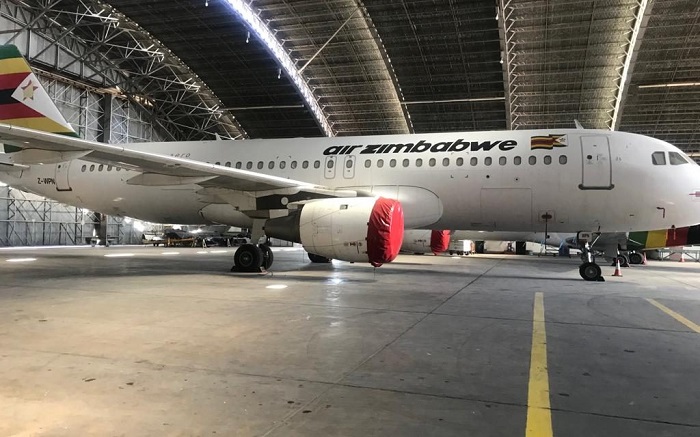 The national airline, Air Zimbabwe has written to treasury seeking permission to auction some of its old airplanes to get rid of the fleet which is lying idle.

The Airline is in US$380 million debt which is affecting its effort to get back on its feet. Recently, the national flag carrier announced that it had suspended some flights as its only plane in service was currently undergoing a mandatory maintenance check.

Air Zimbabwe revealed its intentions to auction old planes when the Parliamentary Portfolio Committee on Transport and Infrastructural Development toured the airline premises. The committee was also informed that a further US$12 million to service and maintain Air Zimbabwe fleet which is currently grounded was required.

The fleet includes two 120 seater airbuses which require about US$9 million for repairs and maintenance as well as the recently acquired 50-seater Embraer which is in its final stages of registration.

The Chairperson of the Parliamentary Portfolio Committee on Transport and Infrastructural Development, Engineer Oscar Gorerino commended the efforts being done by the administrator, Mr. Reggie Saruchera in trying to resuscitate the national airline.

On Monday, President Emmerson Mnangagwa appointed Patrick Chinamasa as the chairman of the Air Zimbabwe board of directors. The move has attracted controversy with some expressing pessimism over his capacity to revive the airline. The move was however welcomed by Norton Legislator Temba Mliswa who said Chinamasa’s history makes him the best for the post.