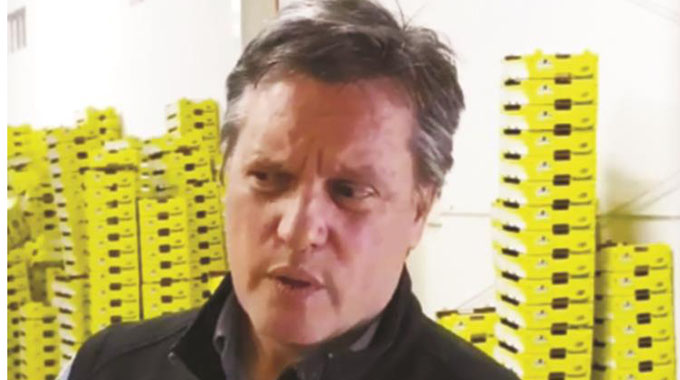 The government has moved in to put an end to a land dispute involving a retired Swiss banker, Richard Le Vieux and Remembrance Mbudzana, the son to Manicaland Provincial Affairs Minister, Ellen Gwaradzimba.

In January this year, the Ministry of Lands, Agriculture, Water, Climate and Rural Resettlement offered Mbudzana more than half of Farfell Coffee Estates (in Chipinge) owned by Le Vieux.

Mbudzana took the matter to the courts after Le Vieux refused to vacate part of the farm.

The government finally intervened in the dispute and tore off Mbudzana’s offer letter while assuring Le Vieux of his rights to the farm.

The last few months there has been some confusion as to the correct title and tenure of this land by the company and I am happy to say this has been dealt with effectively by Cabinet, by the President and it sends a positive message to all who are producing and exporting in the country that we cannot have disruptions, that we cannot (promote) instability and that we cannot have opportunistic seizures of assets which is what was going on in my case.

What you see here is a 25-year investment, it doesn’t happen overnight and it’s not easy.

Acting Agriculture Minister Oppah Muchinguri revealed that part of the farm under dispute was offered to Chief Mapungwana in 2009, but he never occupied it.

Le Vieux bought the farm from the traditional leader and proceeded to heavily invest in it.

Farfell Coffee Estates not only produces coffee but also produces avocado and macadamia nuts for the export market.