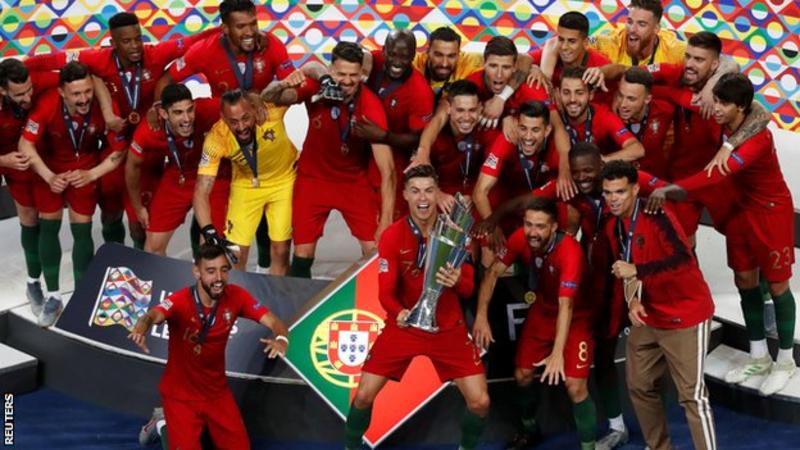 The only goal was scored by Goncalo Guedes in the 60th minute to edge out the Dutch who had beaten England 3-1 in the semi-final.

Juventus striker, Cristiano Ronaldo, who scored a hat-trick in the 3-1 victory over Switzerland in the other semi-final, was rendered impotent by Liverpool’s towering defender Virgil van Dijk.

By winning the UEFA Nations League, the Portuguese claimed their second trophy in three years having won the European Championship in 2016.

Speaking to the media after the match, Portuguese coach Fernando Santos said:

For the last five years, we have been an almost indestructible family who knows what we are capable of doing. We knew we could win this match.

Man of the match Bernado Silva was delighted to lift his first title with Portugal. He said:

I am very happy and very proud. It is my first title with Portugal. After the amazing season with my club, to finish this way is amazing. It is time to rest now and prepare for next season and try to do even better.

The most important thing is that Portugal won. If you can add to that individual awards, then even better.

The losing Dutch coach Ronald Koeman bemoaned his charges’ failure to be more streetwise. He lamented:

They were masters at defending when they were ahead. We should have been a bit more clever in looking for free kicks. We were not good enough tonight.