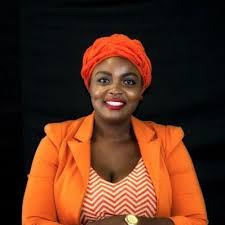 MDC Youth Assembly deputy chairperson Cecilia Chimbiri said that she is not afraid of being a victim of State terrorism which is inevitable towards opposition party leaders are routinely persecuted from time to time.

In an interview with Newsday’s senior reporter Blessed Mhlanga, Chimbiri opined that the people of Zimbabwe have to liberate themselves as no one will come to do that for them.

Asked if she was prepared to face the inevitable threat to her life has happened to other MDC leaders, Chimbiri said:

Well, I thought about it when I decided that I want to be on the frontline and I also knew what the consequences would be, seeing that we have a government that is paranoid, desperate, that is fearful of its people that they might revolt.

People don’t revolt. People raise their concerns, but if you are a leader who listens all you need to do is have it corrected.

The illegitimate President is shouting the mantra “new dispensation” there is nothing new about this dispensation.

They have failed in the politics of the day. There is nothing new about political dispensation and economic dispensation.

So, you know sometimes you make sacrifices on behalf of others like I always say and like I said just now.

I am saying they took a bold decision and they knew not all of them would come back, but some of them were going to remain in the bush.

So, we are not afraid, we are simply doing what is right and I would love probably on my tombstone to have an epithet written that at least I died trying to do something that is right for the young people of Zimbabwe.

For how long shall we suffer at the hands of a government that does not listen to us?