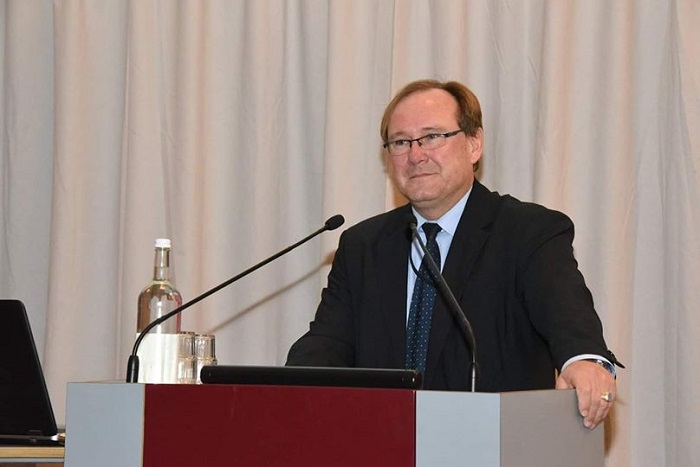 A Germany official has told the Zimbabwean government to start implementing economic reforms it has been preaching or risk failing to secure investors.

Speaking to journalists on Thursday, the director-general for Sub Saharan Africa in the German Federal Ministry for Economic Co-operation and Development (BMZ), Stefan Oswald said:

The lyrics of the new Zimbabwe government are perfect, but what counts is to move from lyrics to action. Otherwise I cannot convince anybody over here to re-engage with Zimbabwe, and that is something which is really important.

Since taking over from former president Robert Mugabe, the Mnangagwa administration has been preaching of the need to ease business by re-engaging the international community.

The Germany official, however, feels that Zimbabwe needs to do more to convince investors by transforming into a democratic society. Oswald added:

In principle, the programmes presented by the President and his new Cabinet are good, but making it happen to convince us also that they are really serious about it is the difference we can talk about.

You can write nice papers, but if the political will is not there to really make it happen, there is a problem. The President has to go into discussion with those who brought him into power because the military is having a strong rule and they are not reform-minded.

Investors have been ignoring or shunning Zimbabwe arguing that the environment is not conducive for business.

One Comment on “Germany Tells Zimbabwe To “Move From Lyrics To Action”,”