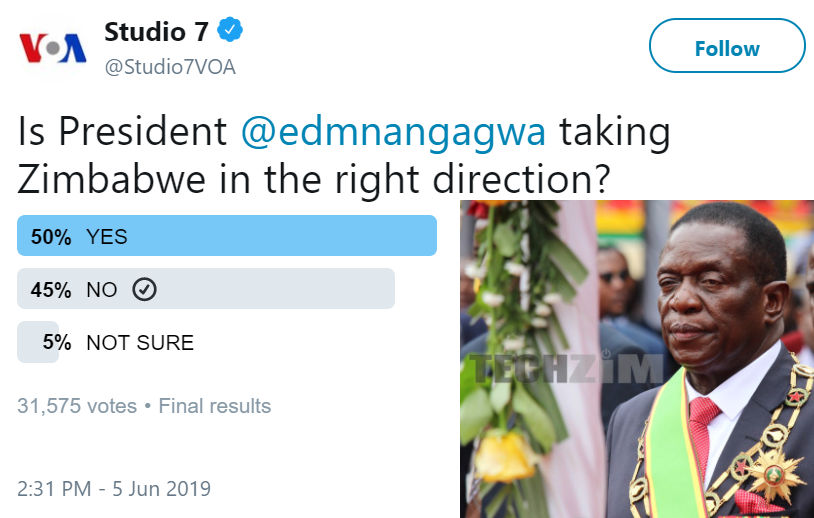 Following Twitter polls by some Zimbabwean publications that the government-controlled Herald then used to declare President Mnangagwa “approved”, Techzim has published an article saying Twitter poll results are really meaningless.

Twitter polls aren’t really useful for any serious research or as informers of strategy:

You can’t see who voted so you can’t gain any demographic insight. This means a number of people outside the country, who have no idea who our President is could have voted and whoever put up the poll would have no idea of knowing that…

Whoever is running the poll is already starting with their own audience, which is only reflective of themselves and no larger group or demographic. How many Zimbos aren’t on Twitter or didn’t participate in the poll. A significant number.

And most importantly they’re EASY TO MANIPULATE. Twitter polls can be easily sabotaged by an automated script, otherwise known as a bot, created to submit multiple votes. These scripts allow online polling to be used as the cheapest propaganda tool of the age.

Several Twitter approval polls were run this past week, the most notable ones being the Studio 7 one, a ZimLive one and most recently, a NewsDay Zimbabwe one. Emmerson Mnangagwa won approval in the first 2 but was did not get approval in the NewsDay poll.