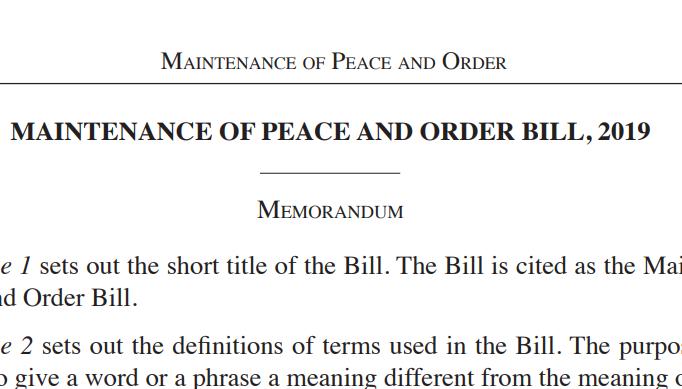 The Standard reports that tempers flared in Kadoma at a hearing of the Maintenance of Peace and Order (MOPA) bill with some residents likening its provisions to Smith government laws that were repressive.

The hearing was almost stopped due to the sharp differences.

Said one resident of the city:

Mr. Chairperson, the issue of forcing us to move around with an ID is archaic and it was because of such laws that our present leaders fought in the Second Chimurenga in order to free us, but sadly the same people want to bring back such laws. Who is it supposed to serve? Such laws are retrogressive and infringe on our democratic rights.

Residents, however, agreed on provisions that outlaw moving around with weapons.

Several legal experts and opposition politicians have said the proposed legislation is mostly the same as of the outgoing oppressive Public Order and Security Act (POSA). The bill is part of the government’s exercise to align laws with the Constitution.