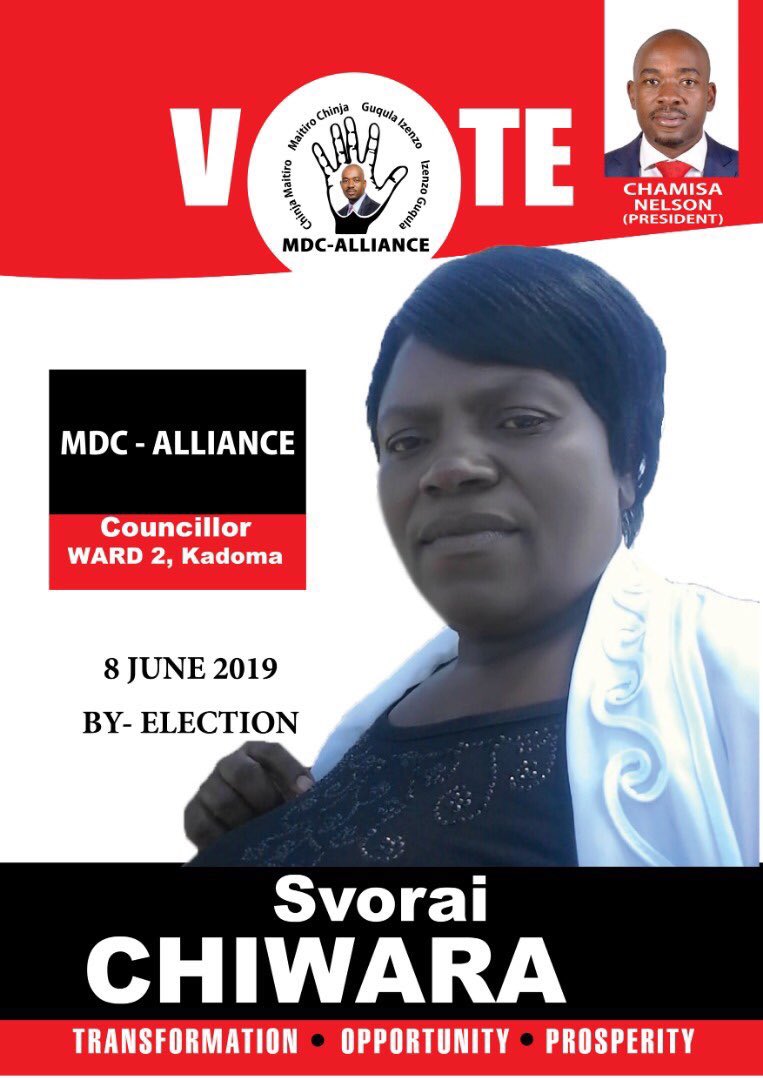 Reports indicate that the MDC Alliance has retained the City of Kadoma Ward 2 council seat in a by-election held on Saturday, June 8, 2019.

There were unconfirmed reports earlier in the day that ZANU PF activists were engaging in violence against perceived opposition party supporters.