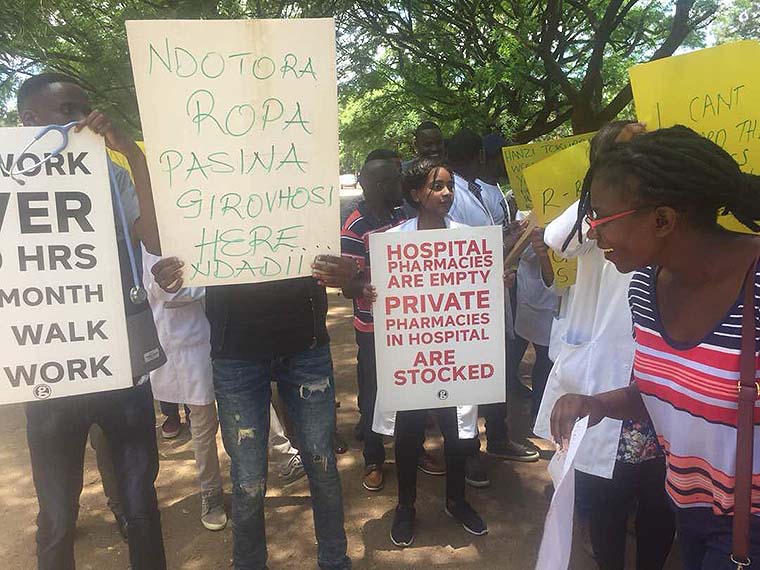 Civil servants’ representatives reportedly demanded that the government pay their salaries in US dollars, at the same time warning that they will activate a pending notice to embark on a strike.

Apex Council officials on Wednesday met government officials where they made their demands but there was no resolution over the matter.

David Dzatsunga, Secretary for the Apex Council refused to divulge what was discussed when contacted by Newsday. He said:

We tabled our demands to our employer. The government will consult and bring back an answer. So far, nothing has been resolved. I cannot tell you what we have demanded.

Meanwhile, the Progressive Teachers’ Union of Zimbabwe (PTUZ) has dismissed the three-day meetings between the government and the Apex Council as mere “romance”.

PTUZ president Tkavafira Zhou said that members of the Apex Council are mere stooges being used by the government to dribble civil servants. Said Zhou:

Their demands mean nothing. It’s a way of seeking relevance because they know the tension within government workers.

They do this and when government workers want to strike, they pull out. It’s a decision made a long time ago.

Civil servants have of late been demanding a hike of their salaries as the paltry Cost of Living Adjustment (COLA) awarded by the government in April has been eroded by inflation.