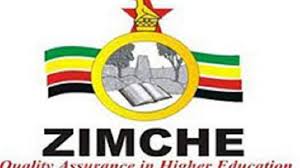 The Zimbabwe Council for Higher Education (ZIMCHE) has stirred controversy after it was revealed that it is wasting thousands of dollars of public money on five-star hotel breakfast, lunch and drinks for its workers.

According to The Herald, Zimche feeds over 30 people every week at a top Harare hotel, accruing huge bills in the process. A source said:

Zimche is buying breakfast and lunch for 30 or so people two or three times a week since January.

It can be more or less, but at least every week, Zimche is buying expensive breakfast and lunch from a top Harare hotel (name supplied).

The real issue is why would the council buy food for civil servants who are at their work station.

If it was buying food for council meetings which involve outsiders, it would make sense and not for staff stationed at Zimche.

Professor Dzvimbo confirmed the development to The Herald, said that it was a way of motivating workers who work over time.