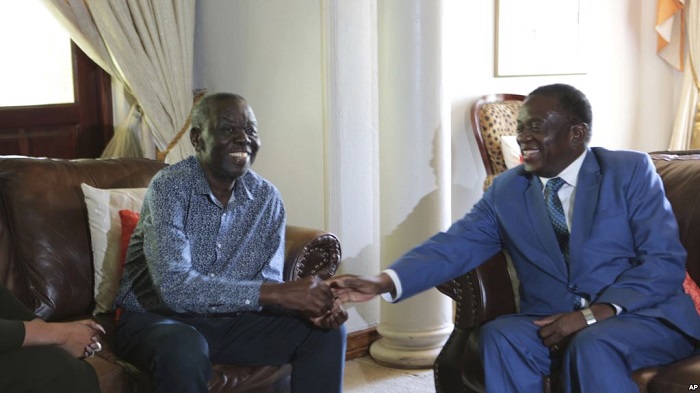 Manase Tsvangirai, the spokesperson of the family of the late MDC Founder, Morgan Tsvangirai has said that the family would not hesitate to approach president Emmerson Mnangagwa if they needed assistance.

Manase who is also a brother to the late former prime minister of Zimbabwe said they were grateful for what the government and Mnangagwa have done so far. He said:

The family will not hesitate to approach the President or the government if we see the need as a family. As of now things are still okay, but if we face any form of challenge we will definitely approach him.

We want to thank Mnangagwa as a person and as Head of State because on our own we were not going to be able to mobilise the resources that were required.

These include food, tents, chairs, mobile toilets, road repairs, catering services and enough security. Had it not been for them, we wouldn’t have achieved what we did.

The family spokesperson also said that if the hospital bills of Tsvangirai’s daughter Vimbai who is currently hospitalised after being involved in a car accident would balloon, they will approach the government.

Some have been arguing that the family is naturally expected to have sour relations with the government which is accused of having illtreated the late former trade unions leader. At Tsvangirai’s memorial held in Buhera, his son was jeered for acknowledging the government’s contribution to the event.