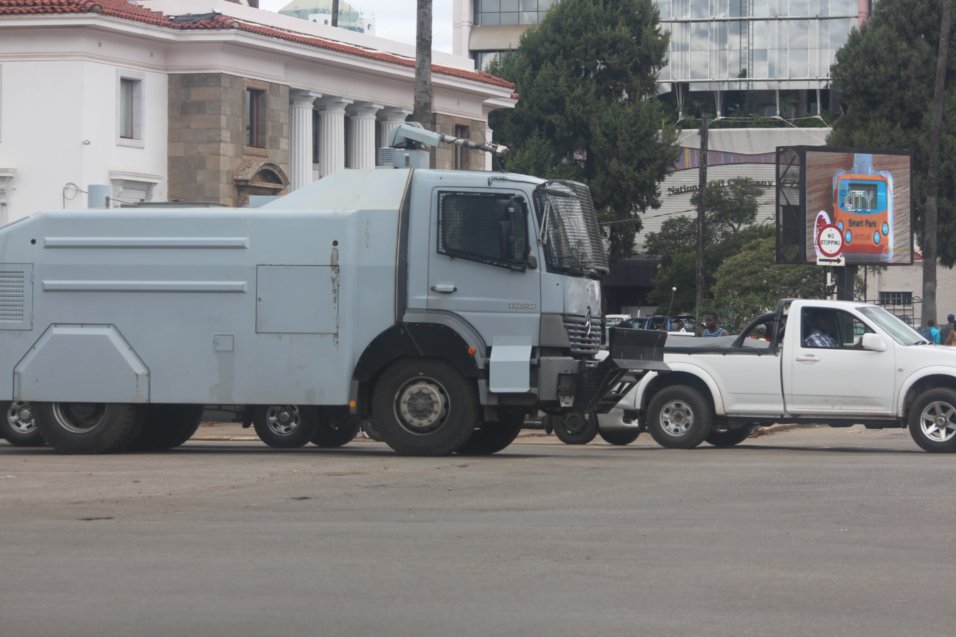 The Zimbabwe Republic Police (ZRP) on Monday warned citizens to abstain from participating in civil disobedience by demonstrating some of the anti-riot equipment on its disposal.

A police convoy consisting of water cannon carriers and an armoured police truck snaked across the City of Kings and Queens with the leading vehicle blurring the warning from loudspeakers.

The message that was being broadcast was:

Bulawayo acting police spokesperson, Inspector Abednico Bhebhe said that he was concerned over social media messages that were causing alarm and despondency. He said:

So our campaign carries messages that those social media messages are false and people should go about with their businesses freely.

Imagine a mother who would have ordered her tomatoes for resale, but the tomatoes ending up rotting in her house as she would be afraid of going out to sell them.

Ncube also played down a message circulation on social media, claiming that the Force has suspended all forms of leave and has ordered all officers on leave to return to work. He said:

I just want to reiterate that some of the information on social media is not factual, some of it is false.

We want to make it clear that police…… have the prerogative to decide when its officers can go on leave or be called back from leave depending on the demand. So there is nothing sinister about calling officers back to work.

Bulawayo experienced unprecedented looting of shops in January when violent protests broke out over the government’s ill-conceived decision to hike the price of fuel by over 150%.