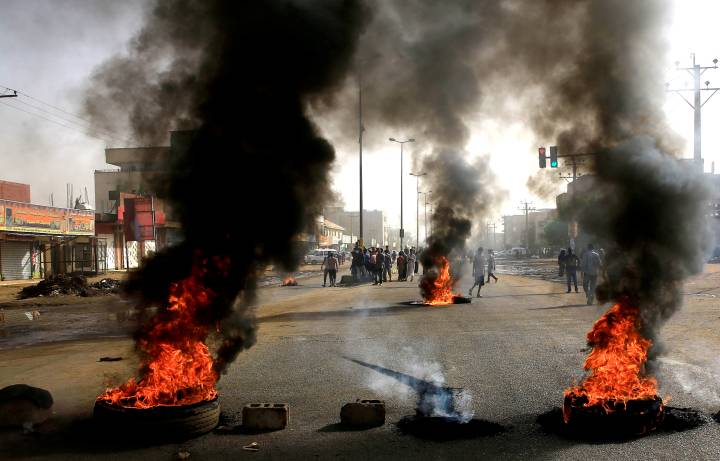 13 protestors were reportedly killed when Sudan’s security forces stormed a protest camp in the capital, Khartoum to drive them out.

The soldiers are said to have fired at unarmed protestors, intending to drive them out of the camp which was the epicentre of the protests that brought down Omar al Bashir.

Protestors had refused to vacate the camp, demanding that the soldiers who took over from Al Bashir should hand over power to a civilian authority.

Reports indicate that during the military offensive carried out on Monday, 13 people were killed while 116 were wounded.

However, military council’s spokesman, Lieutenant General Shams El Din Kabbashi denied that the protest camp had been dispersed. He said:

The protest camp has not been dispersed. The security forces were trying to disperse unruly (elements) in the Colombia area, near the protest site, and some of these elements fled to the protest site and caused this chaos.

The British ambassador in Khartoum said that he heard heavy gunfire for more than an hour from his residence and he was extremely concerned.

After the military crackdown, protestors reportedly poured into the streets in Khartoum and its twin city of Omdurman and blocked roads with rocks and burning tires after news of the raid spread.