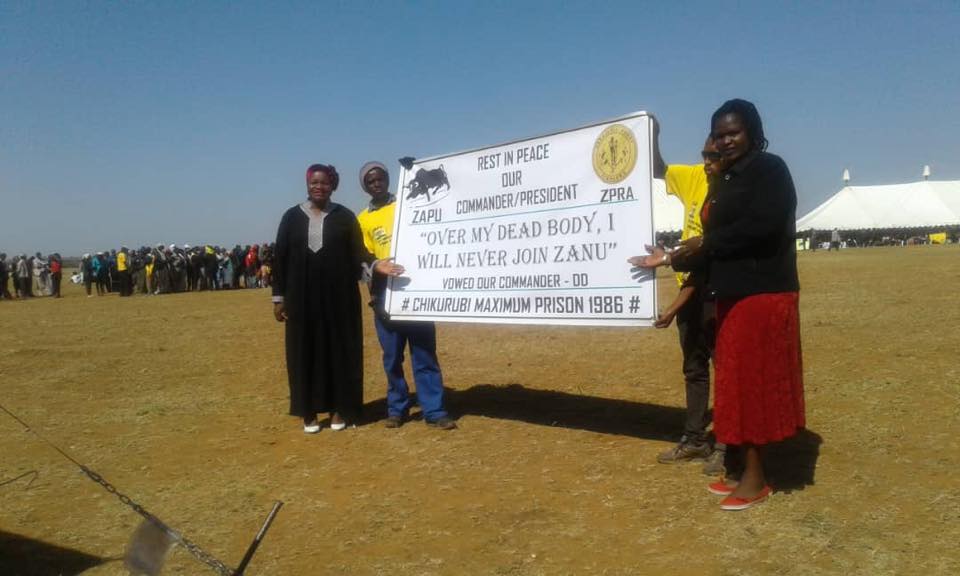 Even at his funeral, his stance remained the same. He would never join Zanu PF- a failed, oppressive, violent and dictatorial party.

The ZIPRA supremo, Dumiso Dabengwa was buried in Ntabazinduna yesterday.

The family and ZAPU were clear on their distaste for Zanu PF. In fact, the banner of the day read, “OVER MY DEAD BODY, I WILL NEVER JOIN ZANU PF”.

This was a quote from Dabengwa during his incarceration at Chikurubi Maximum Prison in 1986.

In fact Dabengwa’s widow, Margaret demanded that President Chamisa be given the floor and an opportunity to lay his wreath of flowers.

The president left the crowd captivated with his strong message of love, tolerance and respect. He vowed to finish the unfinished business of the real freedom fighters.

A South African delegation composed of Umkhonto weSizwe retired Generals and emissaries from President Ramaphosa and former President Jacob Zuma raised the profile of the funeral from a national to a regional one.

Dabengwa got a befitting send-off.

He was indeed a national hero who remained humble and connected to his community.

He was buried among his people.