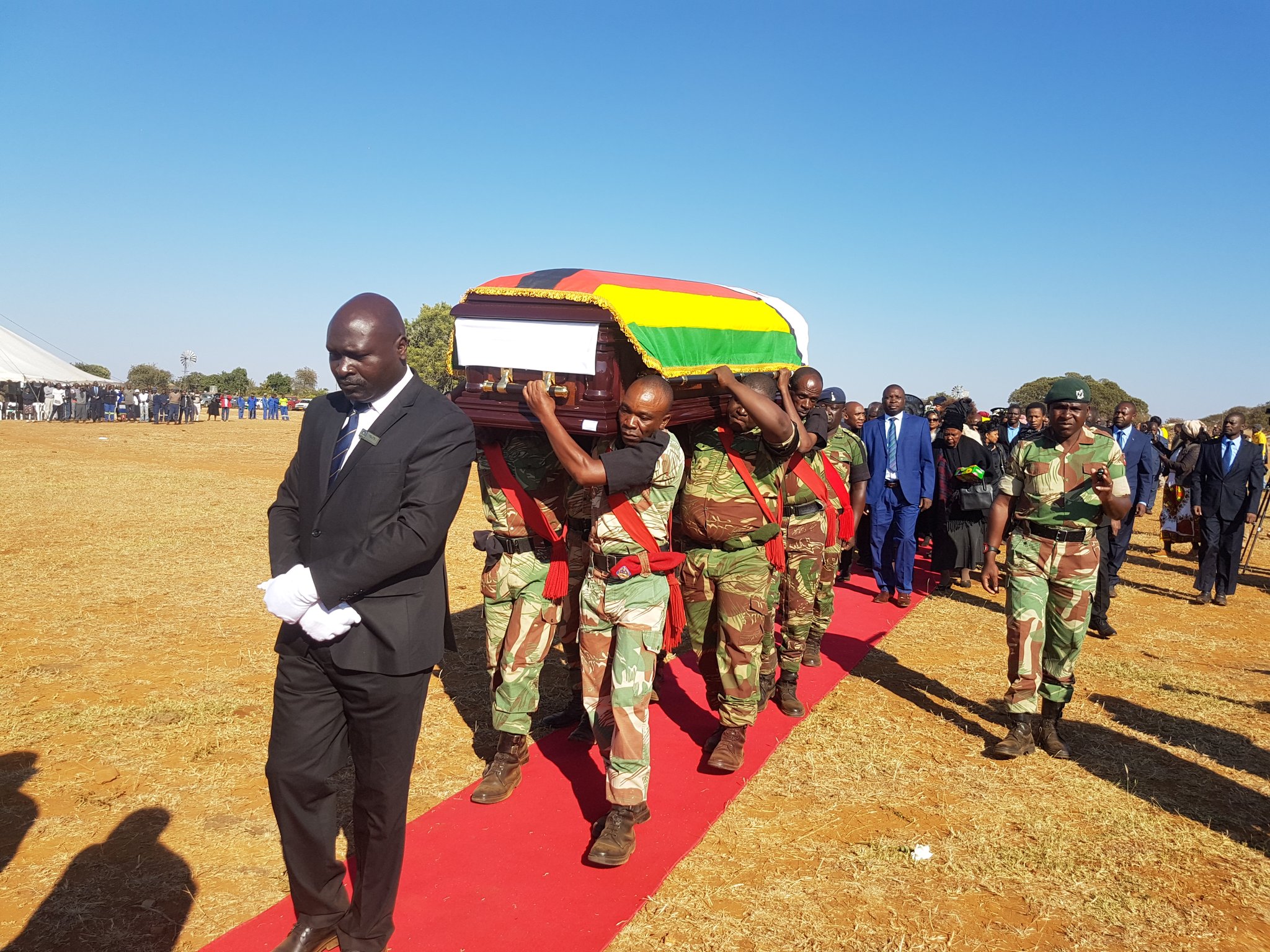 President Emmerson Mnangagwa’s stand-in, Matabeleland North Minister of State Richard Moyo was on Saturday booed by some mourners at the burial of the late ZIPRA Intelligence Supremo Dumiso Dabengwa in Ntabazinduna.

President Emmerson Mnangagwa did not attend the burial citing that it was a private family ceremony.

Bulawayo 24 reports that when Moyo stood up to go to the podium after being invited by the Master of Ceremony, some mourners started singing the Ndebele protest song, Into oyenzayo siyayizonda.

It further reports that Moyo worsened the situation by condeming Chief Nhlanhlayamangwe Ndiweni for barring the government from taking a farm from a white farmer in his area. The jeering is reported to have resumed when Moyo was acknowledging some VIPs who were present including Chief Fortune Charumbira.