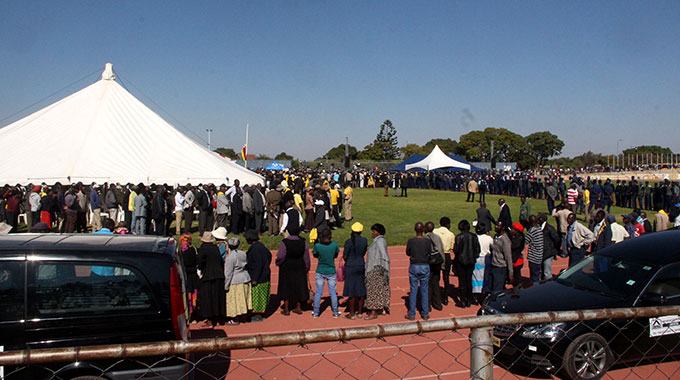 Hanana was speaking during a memorial service held in honour of the departed hero on Friday at Bulawayo’s White City Stadium.

He called on Dabengwa’s spirit to tell other departed heroes, the likes of Tongogara, Masuku, Mujuru and Lesabe of the misery being experienced by Zimbabweans at the hands of rogue elements. Said Hanana

He was passionate about young people. He believed that their time is now. Dabengwa and others altered the course of this country at a young age, this generation must do the same.

I must say that he was scarred by that genocide until the day that he passed on. Till the day he died, he never understood why comrades who fought the colonial government side-by-side with him turned against him and others.

He did not understand why civilians were butchered by an army that was supposed to be professional.

He appealed that Gukurahundi must never be a closed chapter, just like the liberation struggle.

The next genocide can only be avoided when this one subject is spoken about.

Tell [Josiah] Tongogara and [Solomon] Mujuru that the army now assists in political transitions, and now shoots innocent civilians. Tell Lookout Masuku that your names do not appear in any of the history books.

Tell Jimmy Ntuta that his murderers have not faced justice. Tell Thenjiwe Lesabe that she’s a national heroine and we’ll do our best to preserve her legacy and tell Chief Khayisa Ndiweni that umntanakhe uthwelenzima (his son is being persecuted).