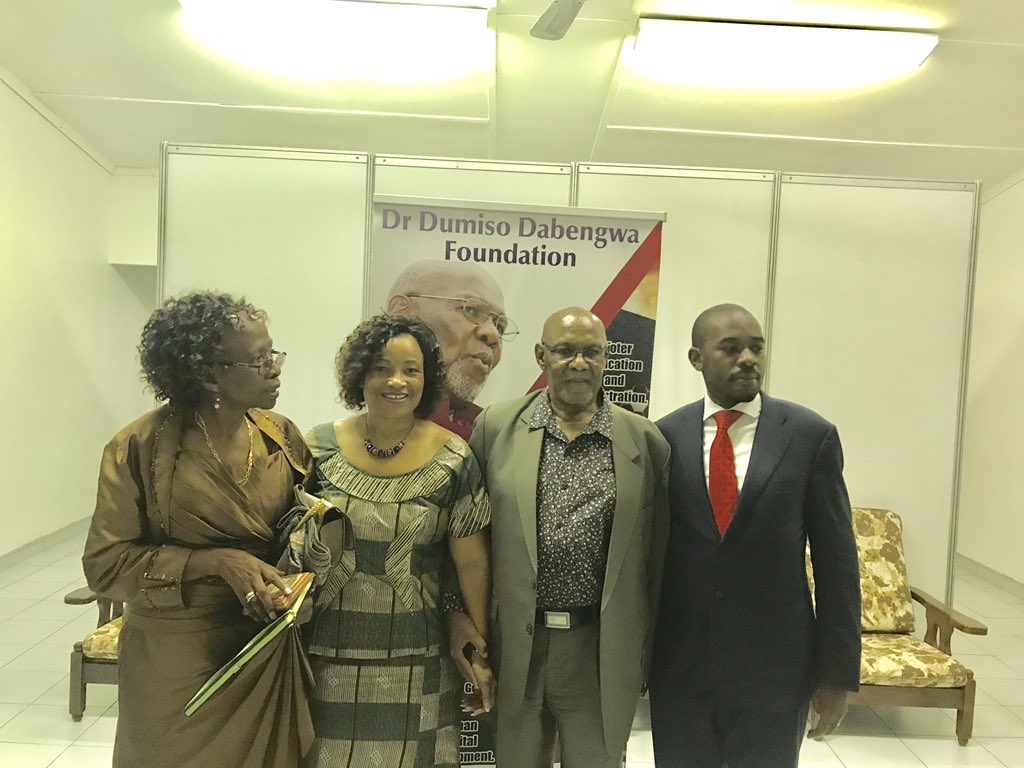 MDC leader Nelson Chamisa said that the late national hero Dumiso Dabengwa died on the right side of history.

He said this to New Zimbabwe after reports claimed that he had been barred from sitting in VIP tent at the memorial service held in Dabengwa’s honour at White City Stadium on Friday. He said:

Dabengwa stood for values of Ubuntu and respected human beings not on the basis of age of class but on a people to people level. He was a principled man in a country in which such a stance invites scorn, derision or death.

This national hero believed in young people and that is why he endorsed us. That endorsement is permanent and irrevocable.

He remains a towering giant in the emancipation of our people and we are ready to carry the torch forward to its logical conclusion.

Dabengwa left the ruling ZANU PF party a few years ago and sought to revive ZAPU party. In the runup to the 2018 general election, he threw his weight behind Chamisa, who at the time was leading the MDC Alliance.