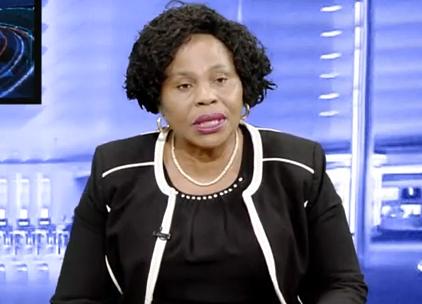 Information and Publicity Minister Monica Mutsvangwa said that there is no law prohibiting State media journalists from participating in political contests for a party of their choice.

Mutsvagwa made the remarks when she appeared before the Parliamentary Portfolio Committee on Media, Information and Broadcasting Services, chaired by Binga North MP, Prince Dubeko Sibanda.

Sibanda had asked if it was proper for State media employees to participate in an election, lose and then return to their jobs. In response Mutsvangwa said:

ZBC employees are just like everyone else. They are Zimbabweans, they are free to participate in political parties of their choice.

And if they want to participate in politics, obviously, they need to do this during their vacation days, which they get from the executive of ZBC.

If they win, they have to resign. If they lose, there is no law that stops them to come back in the newsroom, I think that is how I can put it.

Garikai Mazara is a Zimbabwean journalist who is employed by Zimpapers. He is currently the Sunday Mail's Features and Opinions Editor. Read More About Garikai Mazara

‘ZBC Journalists Are Free To Contest On ZANU PF Tickets’