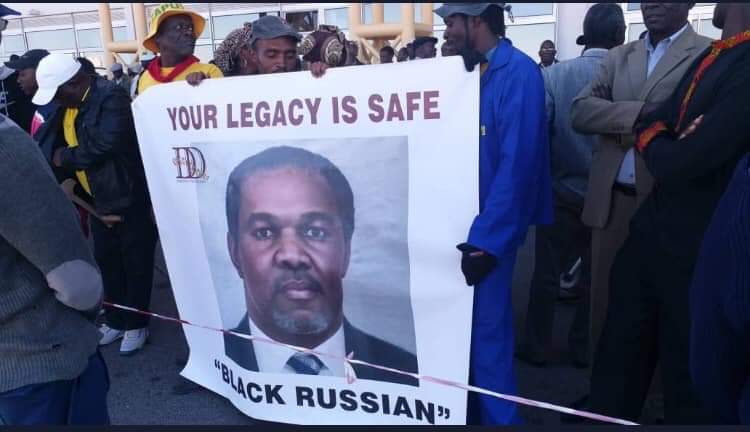 This was revealed by ZAPU spokesperson, Patrick Ndovu in an interview with Daily News on Thursday. He said:

As of yesterday (Wednesday) they had confirmed their participation at Dabengwa’s funeral.

Some have confirmed that they will be part of the memorial service at White City, while others have indicated they will come specifically for the burial on Saturday.

From our preliminary programme so far we have allocated them slots for speeches for both ceremonies.

It might not be wise to give out names at this stage…but from the preliminary information that we have Jacob Zuma and Thabo Mbeki and former Speaker of Parliament Baleka Mbete have…confirmed that they will be coming to pay their last respects to DD.

It is clear testimony that Dabengwa was a real Pan-Africanist whose liberation war credentials are unquestionable not only here but beyond our borders.

As if that is not enough DD and Zuma also fought on one side at the Spolilo battle in Wankie (now Hwange), so this all tells you of how much of a hero DD was.

Dabengwa made stunning revelations in March when he attended a meeting of Umkhonto we Sizwe war veterans in Johannesburg. He said:

Whilst history does record the long-standing co-operation between Zapu/Zipra and ANC/MK in the 1960s and 1970s, very little has been said or recorded about how Zapu/Zipra continued its support for Umkhonto we Sizwe after Zimbabwe’s independence in 1980.

Today I would like to reveal some details of this crucially important period of our common history. Following the emergence of the Mugabe-led Zanu government in April 1980 the situation facing the ANC and Umkhonto we Sizwe in Zimbabwe was very difficult.

Zanu was openly hostile towards the ANC at that time and they were assisted in their efforts to block ANC/MK presence in Zimbabwe by former Rhodesians and the many South African agents operating in the Zimbabwe security services.

Umkonto weSizwe was the military wing of the ruling party, African National Congress (ANC) during the struggle against apartheid.

Ntabazinduna is an feature in Umguza district, Matabeleland North about 5 km outside Bulawayo. The area is under the traditional chieftainship of Chief Khayisa (up to 2010 when he passed away) and now Chief Ndiweni. Read More About Ntabazinduna