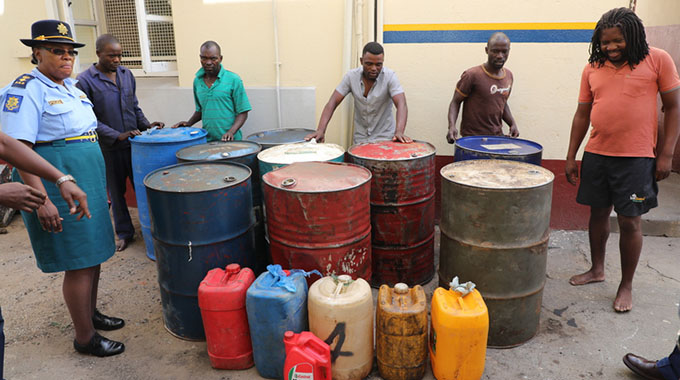 The Minister of Energy and Power Development, Fortune Chasi, said that the government will not renew licenses for fuel dealers who are guilty of diverting fuel to the black market.

Chasi said this after meeting players in the fuel industry on Thursday. The meeting was meant to address the issue of the unavailability of fuel which has continued even though the Central Bank has reportedly availed funds enough to acquire fuel more than is required.

Speaking after the meeting, which was also attended by Central Bank governor John Mangudya, Chasi said:

I was in a meeting with players from the fuel industry and this is the second time that I am meeting them since I was appointed. The meeting was occasioned by the queues that we are seeing at the service stations throughout the country.

The meeting was attended by the Reserve Bank Governor Dr John Mangudya and his staff and I made it very clear that licences are issued when the regulator is satisfied that it’s in the national interest.

… I also remind them that their licences will be due for renewal in six months. So when that time comes we will look at the conduct and behaviour of each player and it’s our right as Government not to renew licences of entities run by devious people.

The Energy Minister revealed that he will again meet the players in the fuel industry in two weeks’ time to deal with the issues that they raised around fuel pricing.