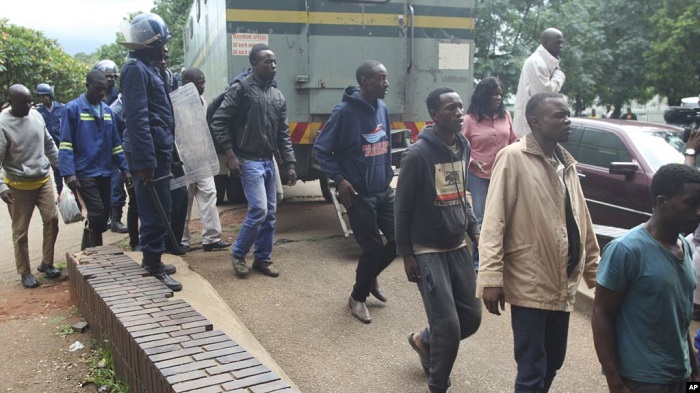 The United States of America and Amnesty International have strongly condemned the arrest of civil society leaders and leaders of opposition political parties by President Emmerson Mnangagwa’s government.

The denunciation comes after the arrest of civil society leaders, Stabile Dewah and Rita Nyamupinga and five others currently charged with attempting to overthrow the Zimbabwean government.

Police also arrested Movement for Democratic Change (MDC) lawmaker Joanna Mamombe on Wednesday and charged her with violating some sections of the Electoral Act.and opposition MP for treason.

The U.S Embassy in Harare posting on twitter said:

Harassment and targeted arrests of civil society leaders damages Zimbabwe’s reputation and economic future. We call on the Zimbabwean government to uphold its constitution, respect rule of law, and foster an environment where all can contribute to the nation’s progress.

The first five human rights defenders arrested are facing trumped up charges for exercising their human rights. They should be released immediately and unconditionally. The charges against them fit into a much wider pattern of repression we have documented in Zimbabwe.

Mwanamyanda added that the government has been heavily descending on human rights defenders and activists for exercising their right to freedom of expression and association.