She is the wife of Minister of Foreign Affairs and International Trade Lieutenant General (retired) Sibusiso Busi Moyo. 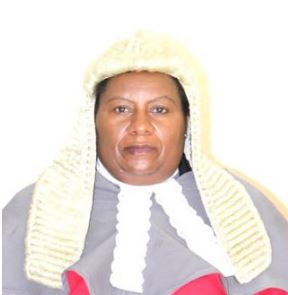 Minister Moyo is popularly known for announcing the military takeover in November 2017 on national television.

Justice Matanda-Moyo is a qualified lawyer who was appointed as a High Court judge by President Robert Mugabe in 2013. Prior to that, she had served as the president of the Labour Court. She also served as the Director of Public Prosecution in the Attorney General’s office.

During the selection process, critics have been concerned with her possible appointment arguing that there shall be a conflict of interest.