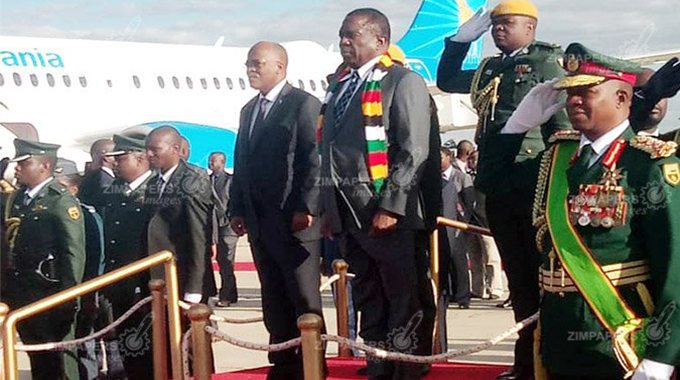 A State banquet was organised for him and his delegation by President Emmerson Mnangagwa at State House on Tuesday night.

Speaking during the dinner, President Magufuli hailed Mnangagwa for what he called his efforts to revive the country’s economy. He said;

Allow me, Your Excellency, to take this opportunity to commend you and dear brother for the effort you are making to revive the economy and bring about social economic development and transformation in your great country.

Indeed since you took over the office of President Zimbabwe has recorded very important milestone, investment has increased, while the fiscal deficit has been reduced.

In this respect, I am particularly pleased to know that the last economic performance was better than what was expected.

Of course, you cannot measure the growth physically, and normally during the transition period people never feel the changes, but I can assure you, Your Excellency, you are doing the best.