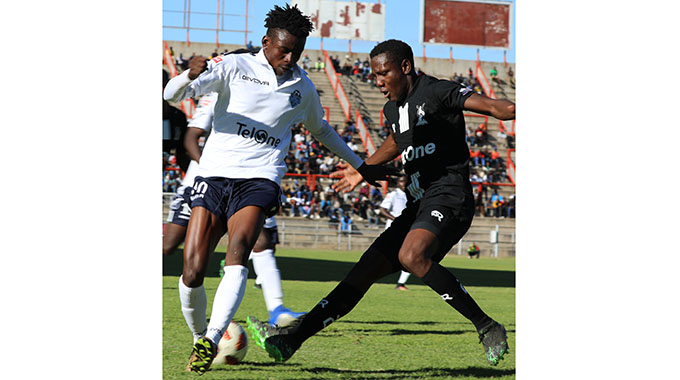 Highlanders FC coach Madinda Ndlovu has revealed his game plan going forward, reliance on flying wingers, only that he did not have enough time to polish it during the preseason.

Madinda revelled in the three points that his charges won for the first time in a match played against TelOne at Barbourfields on Sunday.

He identified his wingers, Ray Lunga and Cleopas Kapupurika as catalysts to the victory over the WiFi Boys. He said:

The whole game plan for us was all built upon the pace. If you look at the construction of the team, it was all about pace upfront, we put typical wingers.

It was all about trying to stretch them and hit them with pace up front with Prince (Dube). Not that it was the best combination, but I think it was the right one for the winning formula.

We didn’t have an opportunity to get the right combination during the pre-season perpetrations. When results were not coming It was really premature to start throwing in new names into the fold before exhausting the tried and tested players.

We said we have to look at the capabilities of individual players to try and use their strengths, hence, Kapupurika was thrown in the wing because of his pace and his ability to take on defenders.

With Ray, I think he is one of the most intelligent players that we got despite the disadvantage of his height.

Madinda said that winning the first match of the season did not take away the pressure from his players. The pressure is always there as fans will demand more and more from the players.