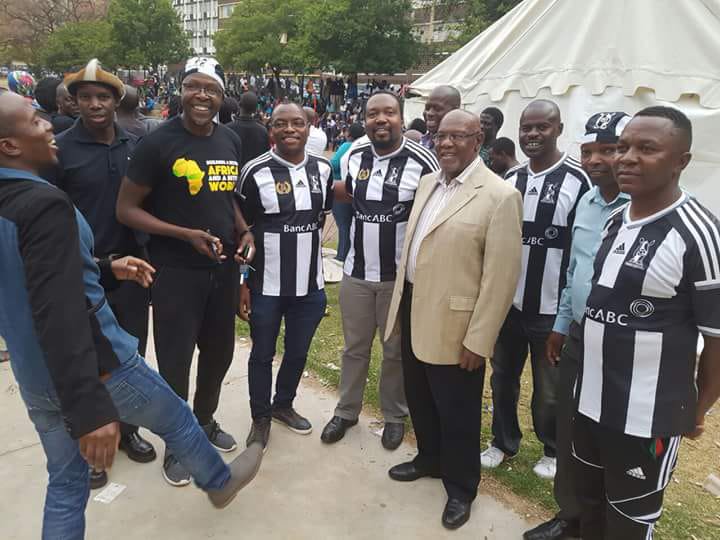 The body of the former and late ZIPRA Commander, Dumiso Dabengwa is expected today in the country, NewsDay reports.

This development follows delays in the arrival of his body after it remained stuck in South Africa due to space constraints in the cargo compartment of an Airlink plane which flew his widow, Zodwa and other family members to Bulawayo.

NewsDay sources said that the body would land in Bulawayo at around 10:40 am today ahead of his burial at his rural home in Ntabazinduna on Saturday.
Dabengwa was declared a national hero. The national hero status of the ex-Home Affairs minister was announced by vice president Kembo Mohadi. Speaking to mourners who had come to greet the body of the late national hero, Mohadi said:

Unfortunately, the body could not come in this (Airlink) plane. We were told that the holding was very small. The body remained behind. We are making arrangements that his body be flown into Zimbabwe either this evening through any other aircraft, but not directly to Bulawayo.

Across the political divide, Dabengwa’s hero status was something that was very obvious.