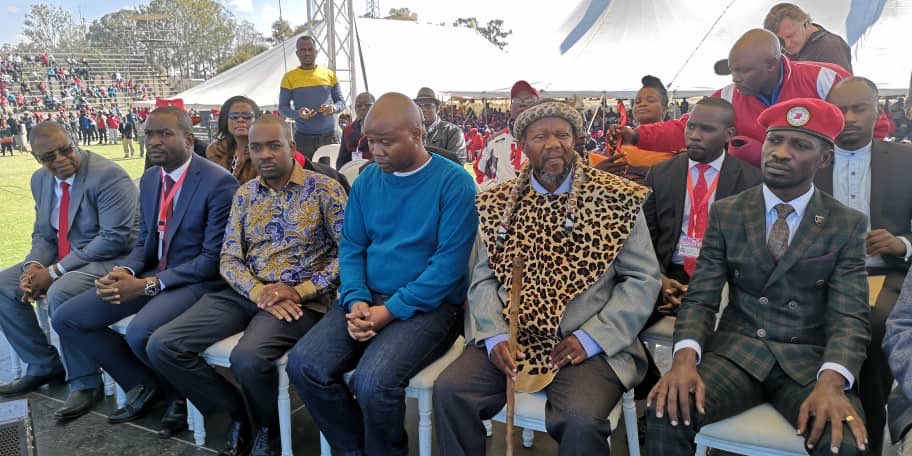 Chief Ndiweni ‘s yesterday attendance of the MDC congress sparkled a debate on social media. Here is how Zimbabweans reacted to the news that he attended the MDC Congress.

Let's be honest about Chief Ndiweni's actions. What makes his actions different from Fortune Charumbira?

So much noise about Chief Ndiweni being at the MDC Congress BUT I gather he also attended the Zanu PF Congress in Umzingwane & the MRP one. So what's the fuss about? This makes him non- partisan. If chiefs take such positions, I am perfectly ok with it. It must be all or nothing.

It's called leadership… A leader must nt shy away from the truth nor sugarcoat it, he is an example many chiefs must follow. Chiefs represent the people and their position shouldn't be biased

The un-discerning mistake limelight for impact. Ndiweni's impact electorally is infinitesimally small; but citing the Ndiweni example ZANU PF can bankroll and unleash hundreds of chiefs effectively to MDC's chagrin. This will not end well for some folks. Rakazvirova rikazhamba!

The chief has always been @MDCAllianceZW sympathiser even when he was lying claiming that he is fighting for the ntabazinduna mountain calling for more sanctions on the country. What a shame. But from his words at the congress everyone now knows it was never about the mountain.