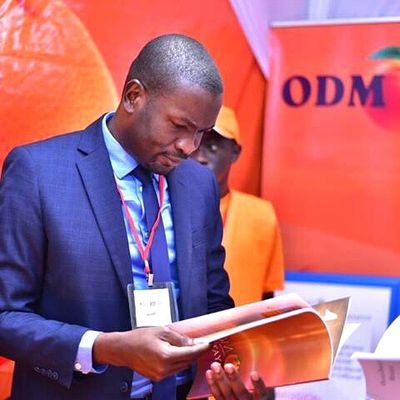 The secretary general of the Orange Democratic Movement (ODM), Edwin Sifuna, who was a guest at the MDC Congress in Zimbabwe speaks about his detention and questioning by the Zimbabwe intelligence at Robert Mugabe International Airport.

According to him, intelligence asked why he was attending the MDC Congress and asked that he reveals what he was going to say at the Congress. Sifuna said he had not expected such treatment in Zimbabwe.

“They took me to a small room to ask me a few questions. I was a bit surprised because I was hoping to come to an open and democratic society that welcomes everybody regardless of who you’re coming to see.

The first questions they asked me is ‘how do you know these MDC crooks?’ And I told them that the MDC and my party ODM have a long history, since the times of Morgan Tsvangirayi.

And they told me that the MDC are trouble makers. That you have rejected the results of the elections. That you’re arranging some sort of upheaval, protest, to remove the democratically elected president.

So they asked me, ‘How do you know these troublemakers.’ And I told them ‘if you’re intelligence officers, you should know that as a secretary general of the ODM, I am also a troublemaker.’ I told them that as troublemakers, we tend to have friends who are also troublemakers and that is the reason as a friend but I have not come here for trouble.