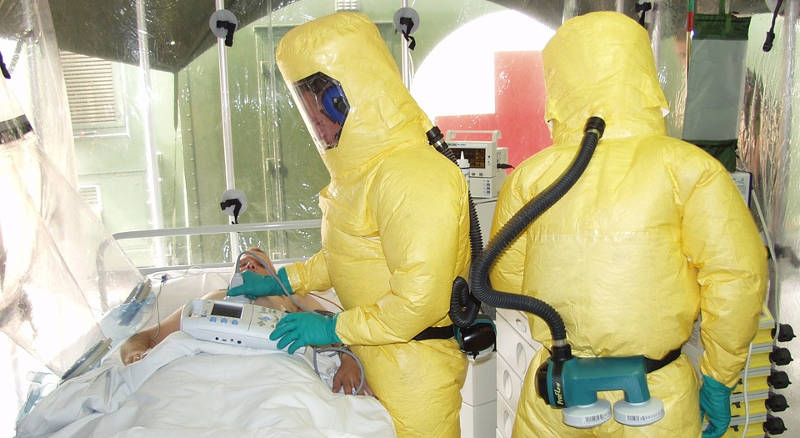 Speaking to reporters in Geneva on Wednesday on the sidelines of the World Health Assembly, which is underway this week in the Swiss city,  Kalenga said:

The real emergency we face right now is security.

Each time there is an attack on a health facility or medical personnel, the response to the epidemic is put on hold and we lose precious time to stop the virus from spreading further.

Kalenga’s comments are in resonance with concerns by the world’s health authorities. Tedros Adhanom Ghebreyesus, the director-general of the World Health Organisation (WHO) recently said:

This outbreak is one of the most complex health emergencies any of us have ever faced.

Unless we unite to end this outbreak, we run the very real risk that it will become more widespread, more expensive and more aggressive.

Kalenga dismissed the suggestion that the attacks may hide a political agenda. He believes there are some elements who just want to see the government’s response to the epidemic fail.