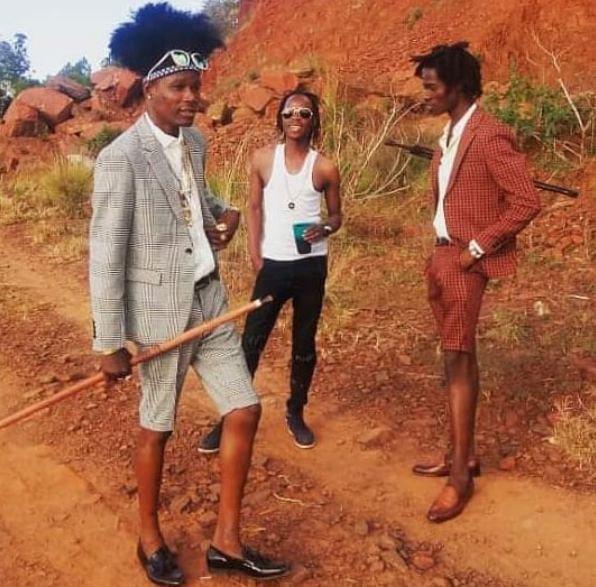 The two Zimdancehall artists said the song will be released “soon” and that they drew inspiration for the collaboration from the late musician Oliver Mtukudzi. According to 263Chat, the duo said:

Vakorinde itwo chete look out for that video, Ane nharo nazvo ngaaende anofukunura guva remhondoro kune mhondoro yakasiya yazvitaura (we are the best, those who do not believe this should go and exhume music legend Tuku, he is the one who said this before he died.

Before his death earlier this year, Mtukudzi revealed his admiration for the duo. Speaking during an interview with Star FM, the late music legend reportedly said:

I listen to Tocky Vibes and also Soul Jah Love, however, Jah Love overshadows the good message in his music with his poor conduct.

Tocky Vibes is a highly rated artist in the Zimbabwean music arena. He belongs to the fast growing Zim Dancehall music genre which has won considerable following especially from younger Zimbabweans. Tocky Vibes rose to fame with his hit song Amai which was liked by... Read More About Obey Makamure

Soul Jah Love was an award-winning and popular Zimdancehall artist who rose to prominence in 2012 with hit tracks such as "Ndini Uya uya" and "Gum-kum". He was often compared to the Jamaican Vybz Kartel. He was known for making the "Chibabababa", "Hauite Hauite", "Conquering"... Read More About Soul Jah Love