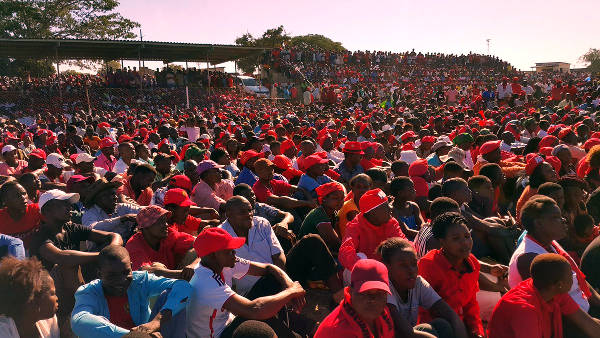 Dr. Takavafira Zhou, the MDC Midlands provincial spokesperson has indicated that MDC deputy president Welshman Ncube donated 10 heifers to feed delegates at the MDC congress which starts today in Gweru. Ncube is a successful farmer and has a thriving cattle ranching venture.

Zhou also revealed that there are some other top officials who donated tpowards trhe event. The PTUZ president said:

That the Midlands province is fully geared to successfully host the historic congress is a fact as evidenced by various committees that have largely worked hard in pursuit of their set objectives and tasks. MDC national leadership has been lining donations with Professor Welshman Ncube offering 10 beasts.

Zhou indicated that former finance minister, Tendai Biti had also donated truckloads of mealie-meal that will almost cover the needs for the congress. The MDC women’s assembly chairperson Lynette Karenyi-Kore is said to have donated three beasts towards the event.

The party spokesperson Jacob Mafume revealed last week that the party had no suiffcient resources to make the event a success. This, as he said, was being exacerbated by the soaring inflation. Consequently, the party would rely on its members to fund the congress earlier budgeted for close to $2 million.