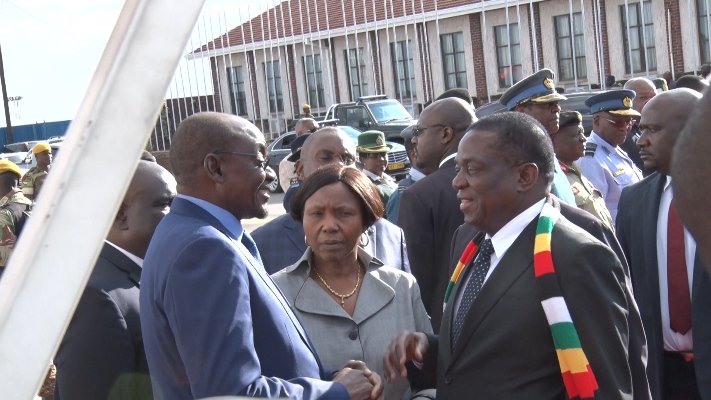 President Emmerson Mnangagwa has left the country for South Africa where he will attend the swearing-in ceremony of Cyril Ramaphosa as that country’s president on Saturday.

Ramaphosa’s African National Congress (ANC) survived by the skin of the teeth and failed to attain a two-thirds majority in Parliament for the first time since the advent of majority rule in 1994 in a general election held on May 8.

South African voters have increasingly grown exasperated by the ANC over corruption by the party’s bigwigs.

Typical of former liberation movements, the party’s support base has been eroded over the years, allowing for the rise of the extreme-left party led by Julius Malema.