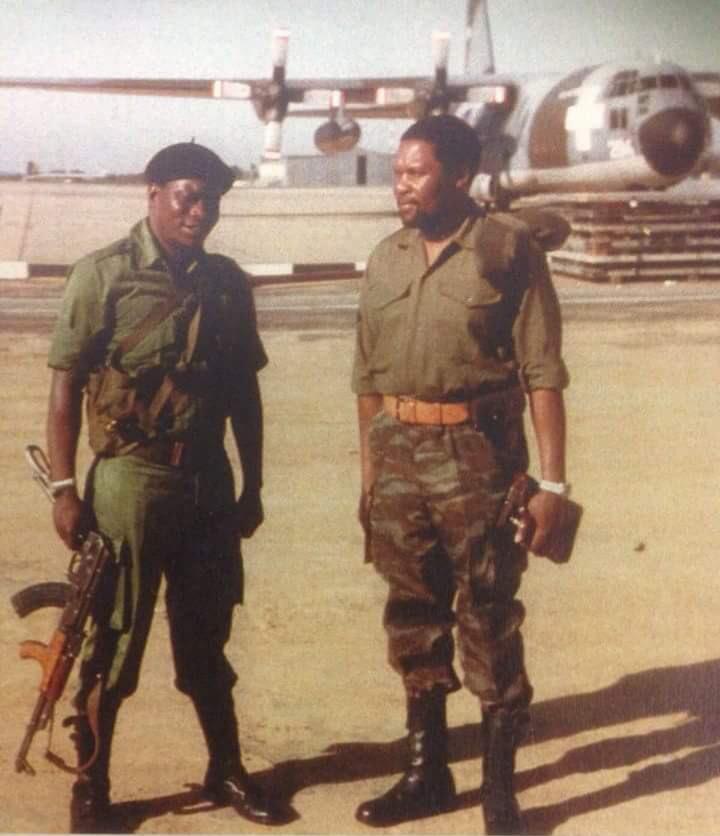 The Zimbabwe National Liberation War Veterans Association (ZNLWVA) said that the government made a mistake in putting the late war veterans commander Dumiso Dabengwa in prison.

Dabengwa was arrested and caged for several years in the early 1980s alongside another ZIPRA luminary, Lookout Masuku, who died before he was freed.

We do sympathize, you cannot have a process where no mistakes are made. Whatever is perfect today is out of a lot of mistakes in the process, so whatever mistake was done is not what we should always highlight and forgetting the goods things that would have been done.

So we are talking about Dabengwa’s personal life commitment and a result which is political independence for the people of Zimbabwe.

We used to consult with him and he would tell us how to do it when to do it, the timing and the precautions necessary so when we did it we did it with Dabengwa’s input.

Dabengwa died on Thursday in Nairobi, Kenya en route to Zimbabwe from India where he was undergoing treatment for a liver ailment.