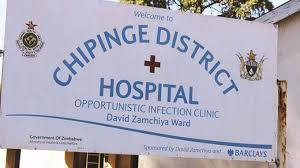 On Saturday, there was a slight tremor in Chipinge beacon area but there were no major effects.

The last earthquake that hit Zimbabwe to be recorded again occurred on a Saturday, towards the end of December last year. A statement issued by the MSD soon after the December 2018 earthquake reads:

We have recorded an earthquake which occurred in Manicaland on the border between Mozambique and Zimbabwe. The Earthquake was felt by some people in Chipinge, Mutare, Masvingo, Harare.

The magnitude and epicentre of the earthquake were determined to be about Magnitude 5.5 and the epicentre is 53km SSE of Chipinge.

Manicaland experiences tremors from time to time due to a phenomenon that is known as plate tectonics which occurs along the East African Rift System which extends into Mozambique.