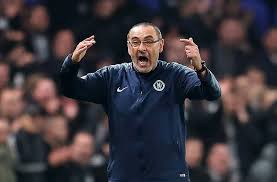 Chelsea coach Maurizio Sarri has threatened to quit the club if his stay beyond this season is dependent on him winning the Europa League.

Sarri was addressing a press conference when he was asked whether he needs to win the Europa League title to save his position. In response, he said:

If the situation is like this then I want to go immediately. After 10 months of work then I have to play for everything in 90 minutes. It is not the right way. You are either happy with my work or not.

This season is a good season, of course, if we win the Europa League it will become a wonderful season.

I think this group deserves to continue to try to improve more.