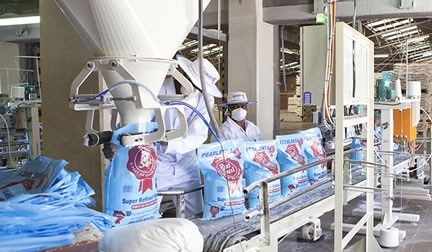 The Grain Millers Association of Zimbabwe (GMAZ) said that it will be holding meetings with retailers across the country meant to deal with price distortions in the retail sector.

This was revealed by GMAZ ethics chairman Alvin Mparutsa in an interview with Newsday on Tuesday. He said:

Starting this week, this committee (Ethics Committee) and the GMAZ secretariat will be moving from towns to cities, holding meetings with retailers, explaining to them the objective of this initiative so that there is buy-in.

We will start by engaging Bulawayo retailers, followed by their Gweru counterparts before moving to Mutare and Masvingo, just to mention a few cities and towns.

Our major thrust will be to hear from retailers the challenges they might be facing that could be making it difficult for them to comply with the prices we agreed on for our products.

We are doing this so that we amicably move together and eradicate price distortions.

The Consumer Council of Zimbabwe (CCZ) said that it fully supports the initiative. The organisation’s chairperson, Philip Bvumbe, hopes that the initiative will be successful as he is opposed to price controls which will result in empty shelves.