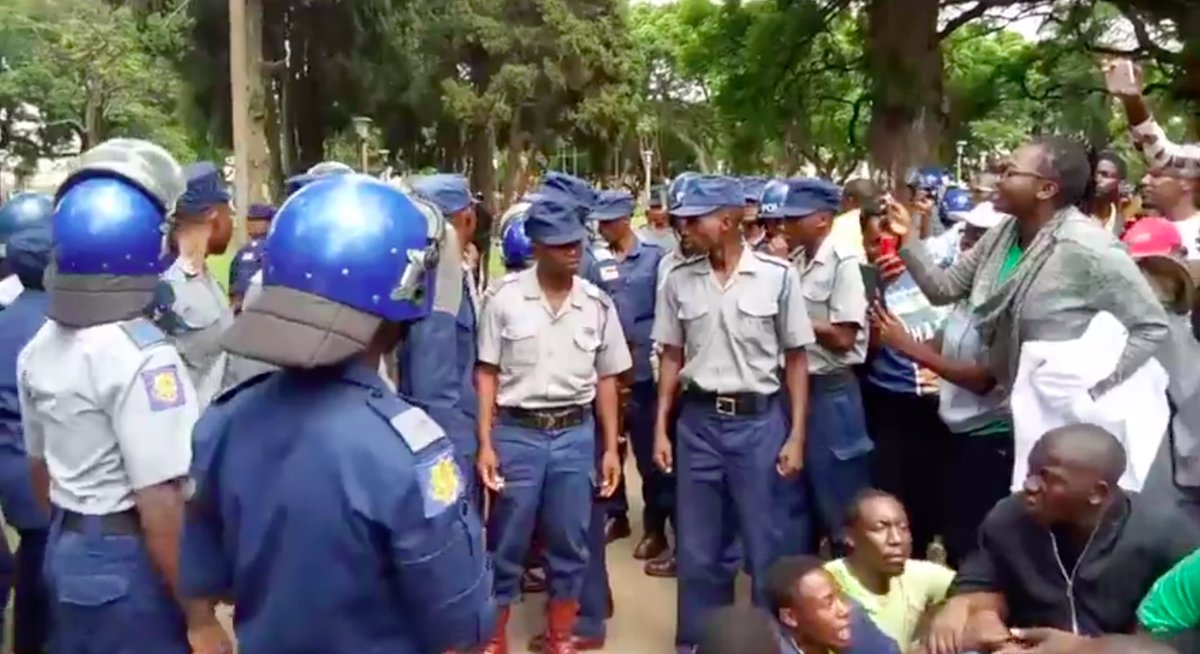 Zimbabwe’s State security continues to dent any hope of improving the image of our great nation. The continued, senseless arrest of Civic Society leaders is an embarrassing indictment of our democracy.

The four were arrested at Robert Mugabe International airport after landing back from an international Human rights workshop.

This persecution makes it difficult for citizens to collectively call for the removal of sanctions. If our state cannot guarantee the security of its own citizens then we have to seek international support to force state actors to respect human rights.

The state should focus on fixing the economy and curbing corruption rather than victimising innocent citizens.

One Comment on “FULL Text: Rural Teachers Call For The Release Of Pro-democracy Activists”