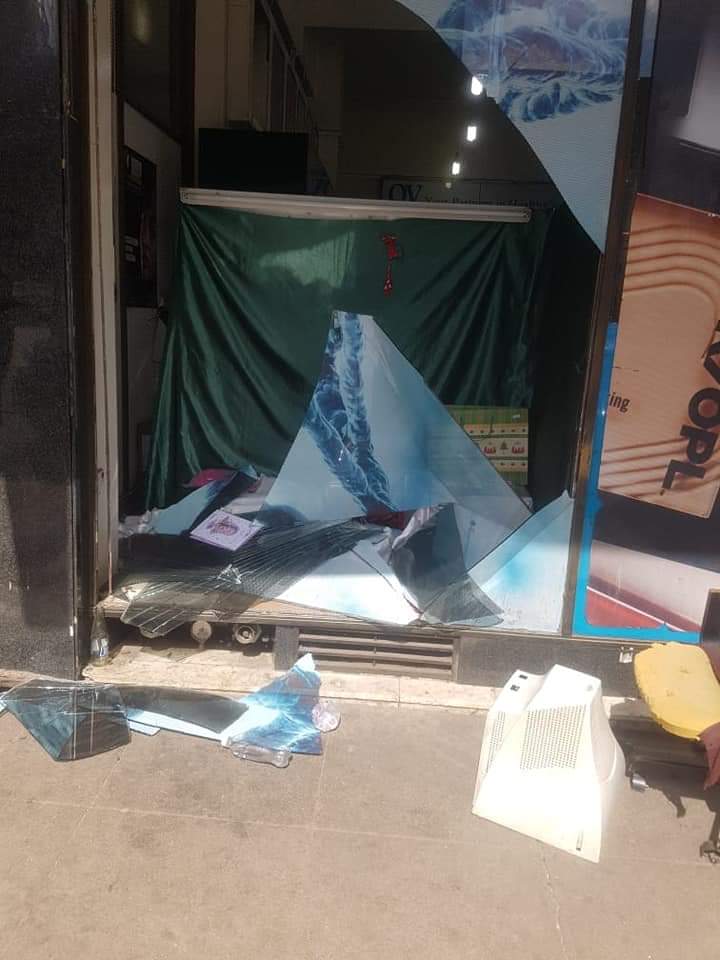 A statement by the police reads as follows:

The ZRP dismisses a social media claim that police have fired live ammunition at vendors near QV pharmacy at Kwameh Nkurumah/Angwa Street, Harare. The post is false.

The correct position is that an informant advised police that a cellphone dealer had been kidnapped and taken to a building near a sanitary lane close to an area frequented by vendors and his life was in danger.

Officer Commanding Harare District and other officers who were in the area quickly reacted and verbally ordered vendors to move away to allow police to attend to the kidnapping report.

One of the vendors became violent, he smashed a QV pharmacy glass and ran away.

Vendors then teamed up and started to throw stones and other objects at the police officers.

One of the officers pulled out a service pistol and scared them away while the Police Reaction Group was coming.

The Police Reaction Group then used tear smoke to drive the vendors way.

No live shots were fired at any given time. As we speak, the complainant who had been kidnapped is in the process of making a police report at Harare Central after the kidnappers took away some money from him over a previous cellphone transaction. 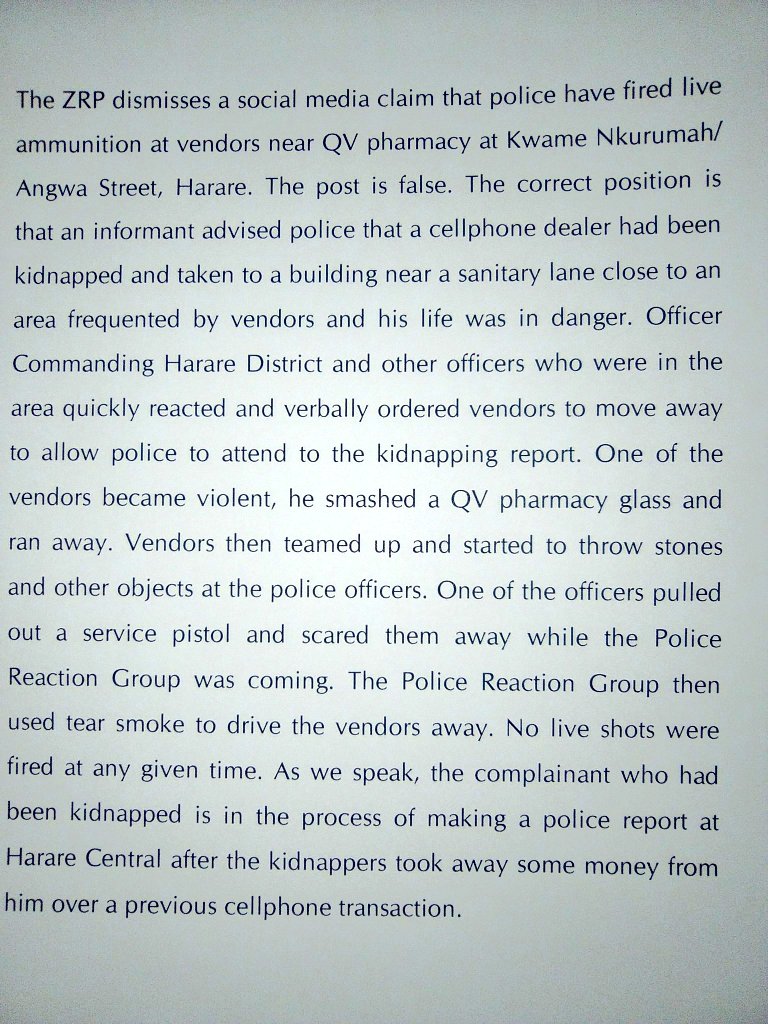