The exiled former Zimbabwe Republic Police Commissioner General, Augustine Chihuri has been implicated in an electoral manipulation exercise believed to be underway in Malawi. It is alleged that Chihuri was roped in by the NDD government to recruit and train parallel police personnel for the purposes of rigging elections. See below: 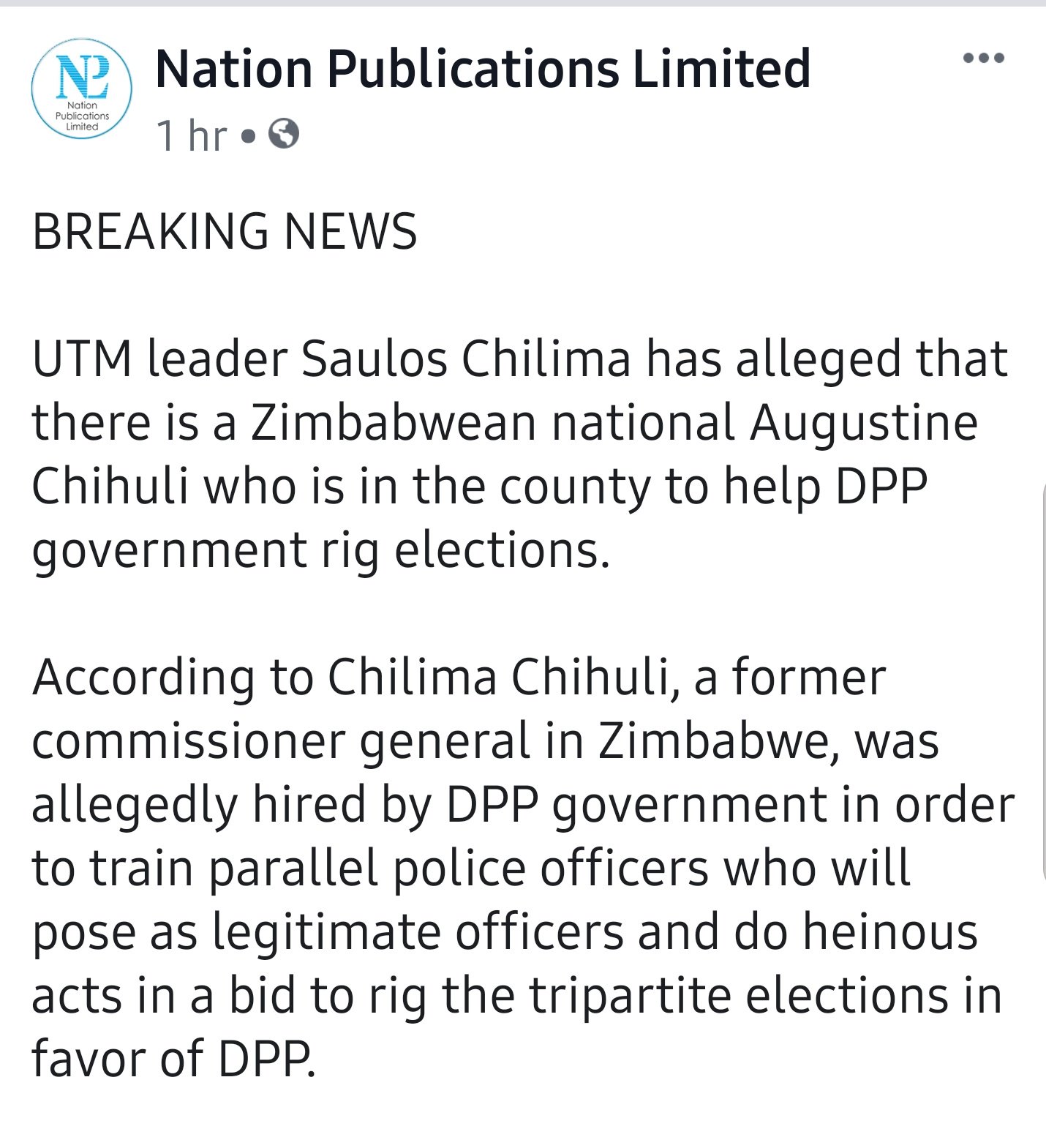 Former minister in President Robert Mugabe’s government, Professor Jonathan Moyo has said that the allegation is a lie.