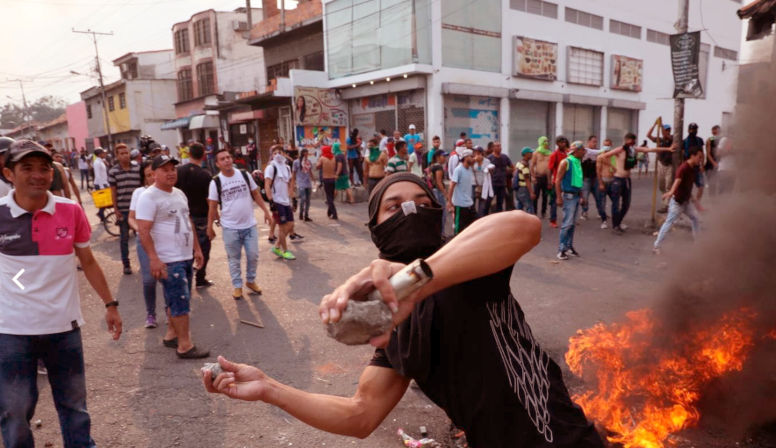 The current collapse of Venezuela’s economy is worse than what was experienced in Zimbabwe in the late 2000s under Robert Mugabe. This is according to an analyst, Anatoly Kurmanaev in an article he wrote for the New York Times this week.

An excerpt from the article:

Zimbabwe’s collapse under Robert Mugabe. The fall of the Soviet Union. Cuba’s disastrous unraveling in the 1990s.

The crumbling of Venezuela’s economy has now outpaced them all.

Venezuela’s fall is the single largest economic collapse outside of war in at least 45 years, economists say.

“It’s really hard to think of a human tragedy of this scale outside civil war,” said Kenneth Rogoff, an economics professor at Harvard University and former chief economist at the International Monetary Fund. “This will be a touchstone of disastrous policies for decades to come.”

To find similar levels of economic devastation, economists at the I.M.F. pointed to countries that were ripped apart by war, like Libya earlier this decade or Lebanon in the 1970s.

Venezuela is currently going through a period of hyperinflation. Some IMF economists have predicted that the country’s inflation rate will exceed 10,000,000% this year. The country is reported to be on track to having the longest period of runaway price rises.

At the height of Zimbabwe’s economic crisis, the inflation rate reached 79.6 billion in November 2008. The local currency was subsequently abandoned.