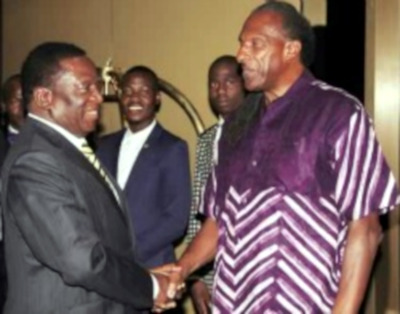 President Mnangagwa gave his condolences message on the passing away of pro-Zanu-PF US-based activist, Coltrane Chimurenga. Chimurenga is reported to have passed away Saturday.

I have learnt with the deepest sorrow the passing on of a revolutionary cadre, Cde Coltraine Chimurenga. Cde Chimurenga was a dedicated Pan Africanist and son of the soil whose love for Zimbabwe will remain etched in the annals of Zimbabwe’s history. He steadfastly stood by Zimbabwe during colonialism and after independence as we fought the illegal sanctions regime. His dedication and love for Zimbabwe saw him adopting Chimurenga as his surname in solidarity with Zimbabwe’s war of liberation from colonialism.

Chimurenga was born Randolph Simms. He was founder of the radical December 12 Movement.