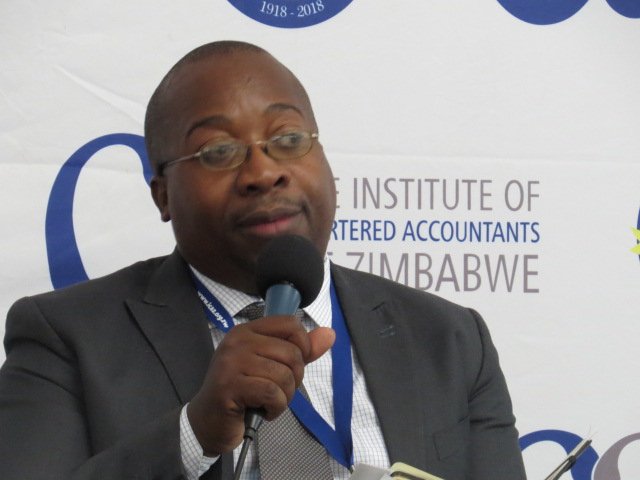 Having experienced challenges of costs increases, falling demand for products due to erosion of incomes for consumers and disruptions in power, fuel and water supplies, stakeholders met to deliberate on the economic challenges. Business in Zimbabwe acknowledges there is need to accelerate engagement on the economic stabilisation and growth agenda as a collective effort across the different sectors so as to achieve effective coordination and implementation of interventions. This is from recognizing that a big part of the economic challenges are coordinative in nature. Our economy is in a position of imbalance due to distortions that need to be attended to so as to bring it back into balance with actions that will stabilise the exchange rate and also restore the purchasing power of consumers. If these distortions are not attended to they will continue to cause further distortions and damage across all sectors of the economy.

It is also acknowledged that the basic economic fundamentals are positive as given by the report from the Finance Minister and also the recent IMF report. The private sector recognises that the pricing and availability of foreign currency is at the centre of our economic challenges. It is acknowledged that the economy is currently generating currency that should be enough for the economy. It is thus imperative for buyers and sellers of currency who are both from the private sector, that they should come together to find urgent interventions to stabilise the situation. A functional interbank market is central to stabilising the state of the economy.

In this respect a high level meeting of business member organizations was held at CZI on Friday 17th May 2019. Business Membership Organizations representatives from, Industry, Agriculture, Mining ,Banking and Retail were present. The purpose of the meeting was to receive a report on the interbank market from economists and to deliberate on how business can jointly and proactively work together to play their role in working to stabilize the economy instead of working in silos. The National Competitiveness Commission was also represented.

The business attendees agreed on an urgent process to be implemented collectively by business, government and labour. This process is expected to yield interventions to arrest the decline and stabilise the situation in the short term as it will involve all economic agents. The process will yield an outcome which is a model that can be used to bring back balance to pricing of various commodities as well as rewarding of labour. The model will help to identify standards of disciplined behaviour that we need to adhere to as business, labour and Government in order to achieve economic growth and stability. The model can be drawn up in a very short period of time of not more than a week of dedicated work by a competent team.

This process would then feed into the TNF process once the TNF bill has been passed into an Act so that provisions of the TNF are binding to all parties. Business thus urges restraint among economic agents as the state of the economy is being exacerbated by panic and speculation. Business is confident in the ability of local players to stabilise the situation for as long as we work together with the required urgency to bring about a home grown solution.

There will be further work to be done to include those BMOs that were unable to attend this meeting as it was called in a short space of time due to the crisis we are in. 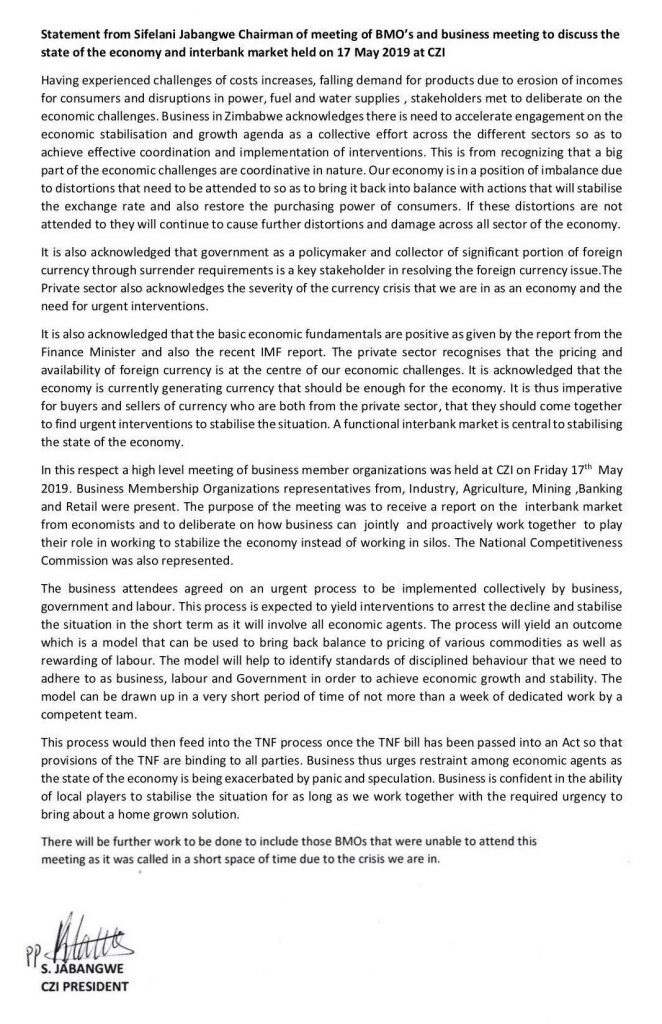