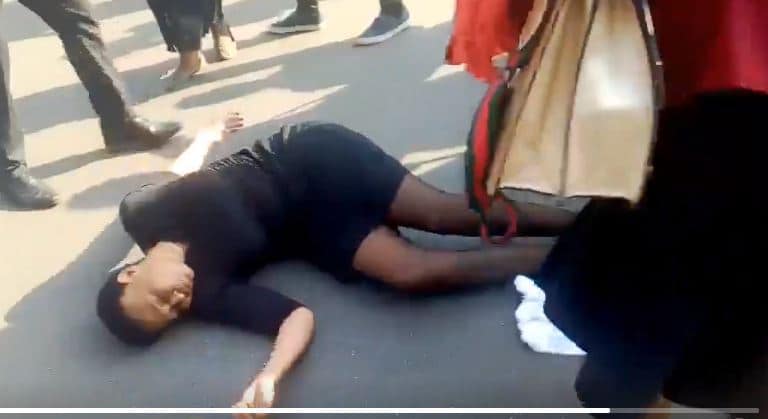 MDC Alliance MPs have sued Home Affairs Minister, Cain Mathema and Zimbabwe Republic Police (ZRP) Commissioner-General Godwin Matanga for the injuries suffered in Parliament and in the August House’s vicinity after they were manhandled by police officers.

The MPs, Lynette Karenyi-Kore, Thabitha Khumalo and Amos Chibaya, were assaulted by police officers after House Speaker Jacob Mudenda ordered their eviction from the Parliament building for refusing to stand up for President Emmerson Mnangagwa just before the presentation of the 2019 National Budget in November last year.

The trio filed the lawsuit through the Zimbabwe Lawyers for Human Rights (ZLHR). They claimed that police details assaulted them with open fists and had their clothes torn off.

MDC Women Assembly boss, Karenyi-Kore reportedly suffered injuries to her right arm and is demanding $9 000 for damages emanating from “shock, pain, suffering and past and future medical expenses”.

MDC national organising secretary, Amos Chibaya is also demanding the same figure for the pain, suffering and medical bills he incurred for treatment.

The same goes with MDC national chairperson, Thabitha Khumalo who is demanding $9 000 for shock, pain and suffering and for past and future medical expenses.

Following the assault, Karenyi-Kore and Khumalo were admitted to the hospital for some time.