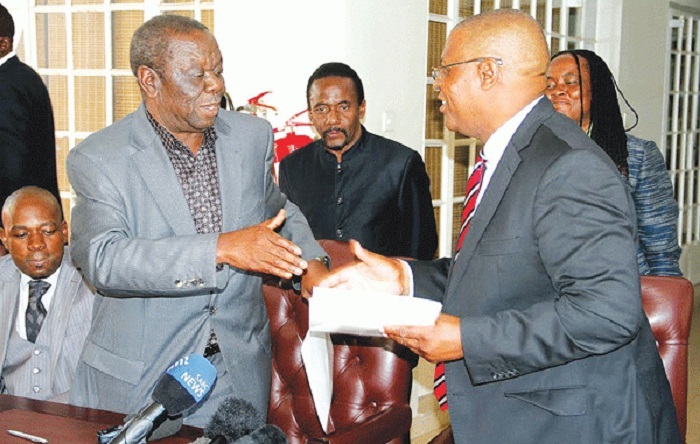 Professor Welshman Ncube, MDC deputy president has claimed that the late party leader Morgan Tsvangirai anointed him to be Nelson Chamisa’s assistant before he died.

Speaking on the sidelines of the MDC Mashonaland West provincial caucus meeting on Tuesday, Ncube said:

The most important thing is that when president Tsvangirai was to pass on, he specifically and entrusted me with the responsibility of assisting president Chamisa in the struggle against the junta regime that we have in Zimbabwe today. I promised him in the presence of Chamisa that I will do all I can.

He also said that selection of the deputy president must be on merit as the president needs proper assistance. He added:

Our people believe that we are an inclusive country. We are a tolerant party, we must select and elect people who will honestly and properly assist the president in his task, so there is absolutely no risk of that happening.

Ncube was MDC’s founding secretary-general, with Tsvangirai as president in 1999.